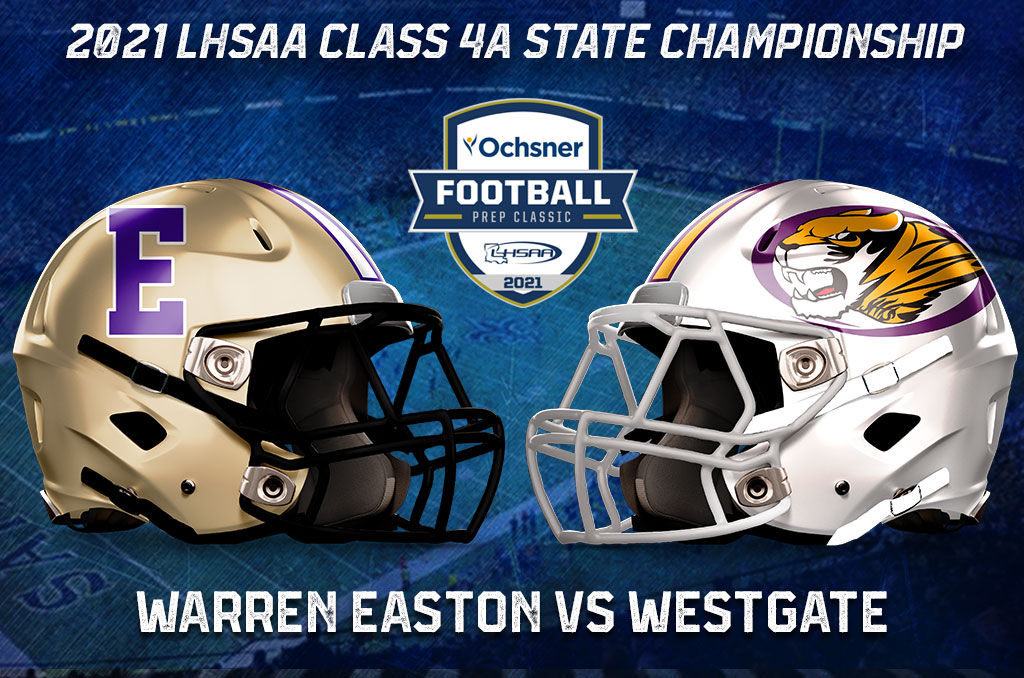 • Warren Easton is set to make its third Prep Classic appearance in the last four seasons. The Eagles are searching to bring home the championship hardware for the first time in their last four attempts. They have not won a title since taking down Jennings, 6-0, back in 1942.

• Easton has dominated all postseason competition, holding three of four opponents to seven points or less. The Eagles held Neville to a season-low 17 points in last week’s semifinal victory to advance to the Big Easy.

• Head coach Jerry Phillips searches for his first state title as leader of the Easton program. Phillips only two appearances in the Prep Classic resulted in losses at the hands of Edna Karr.

• Warren Easton has the shortest drive amongst all Prep Classic participants as the school resides just two miles away from the Caesars Superdome.

• The Tigers had one of the toughest roads to New Orleans with a tough district slate including the likes of St. Thomas More, Carencro, and Teurlings Catholic. Westgate was successful in defeating STM and Carencro, who each won a state title last season as well as Teurlings, who at the time was 5-2 on the season.

• To say that Westgate is battle-tested is an understatement. Only two blemishes reside on the Westgate schedule for 2021 and they happened to come against very stiff competition. The Tigers lost their season opener to Division III state runner-up Lafayette Christian and dropped a 27-14 decision to St. Augustine later in the regular season.