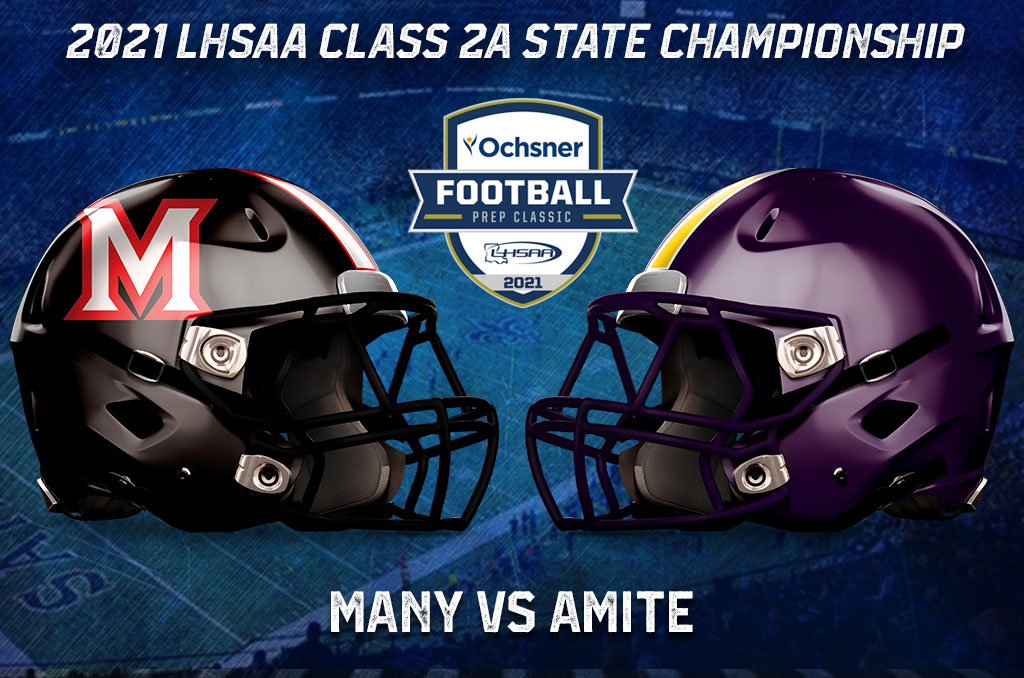 • Many will be appearing in the Class 2A state title game for the third consecutive season. The Tigers won their second championship in program history last season in a 16-13 win over Kinder.

• The Tigers possess one of the most underrated running attacks in the state in London Williams. The senior tailback has rushed for over 2,500 yards and 46 touchdowns this season, the most amongst all running backs in any class.

• Many’s Tackett Curtis has worn multiple hats on both sides of the ball. In addition to his responsibilities on the defensive side, he also serves as the squad’s quarterback.

• Amite has a chance to become the lowest seed to win a 2A state title game since Farmerville (7 seed) did so back in 2001.

• Head coach Zephaniah Powell makes his third trip to the state title game with Amite. Under his tutelage, the Warriors have advanced to the semifinals or better four times and the quarterfinals twice.

• Javae Gilmore anchors the Warrior defense that has limited its playoff opposition to 14 points per game. Gilmore, a senior, committed to Mississippi State over the likes of LSU, Arkansas, Florida State and Kentucky.