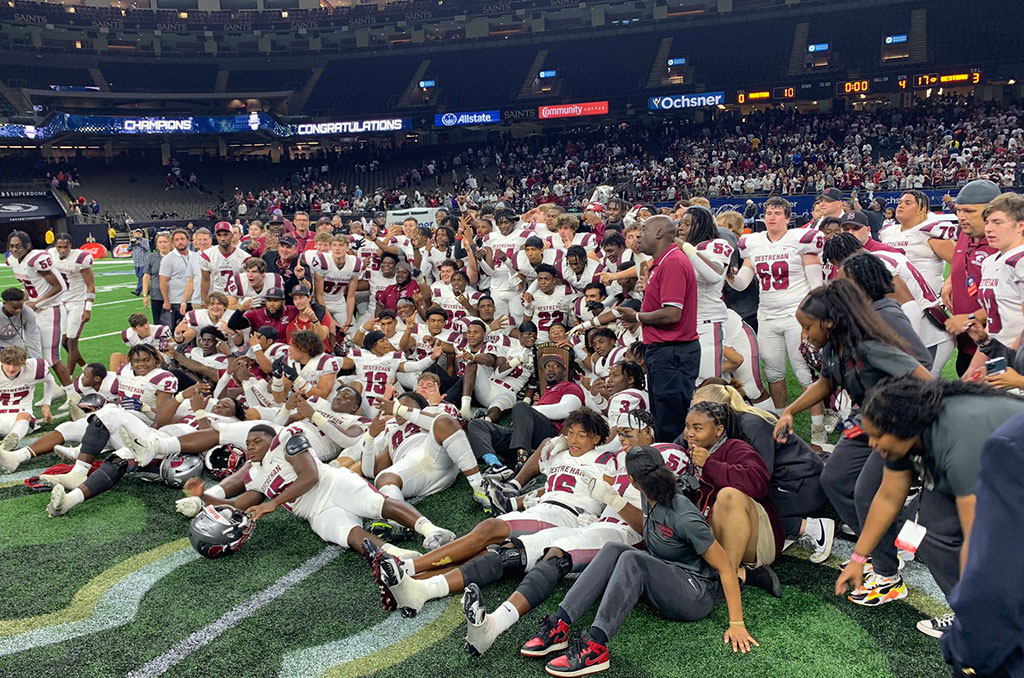 NEW ORLEANS – For the first time in 14 years, Destrehan can call themselves champions.

The Wildcats completed a remarkable season with a 17-10 victory over Ruston Friday night in the Non-Select Division I title game in one of the most hard-fought contests in the history of the Prep Classic.

With the win, Destrehan took home the program’s fifth state title and first since 2008 while Ruston dropped to 12-2 in its first trip to the Superdome since the 1998 season.

It was a first half full of miscues that led Destrehan to a 10-0 start while the Bearcats struggled with offensive penalties and miscues that helped the Wildcats create a bit of seperation.

However, Ruston seemed to get more comfortable on the Caesars Superdome turf and by the second quarter started rolling offensively capping a second-quarter effort with a 16-yard touchdown pass to cut into the lead.

The second half was more of a defensive effort but Ruston was able to tie the game at the start of the fourth quarter. However, the lead would not last as Destrehan’s Jai Eugene broke loose for a touchdown to regain the lead and eventually secure the win.

• 8:00 – DESTREHAN | The Wildcats struck first with a 5-yard touchdown run from Shane Lee to take an early seven point lead.

• 6:33 – RUSTON | The Bearcats caught a huge break and capitalized as Jaden Osborne connected with Aaron Jackson for 16 yards and the touchdown to cut into the lead.