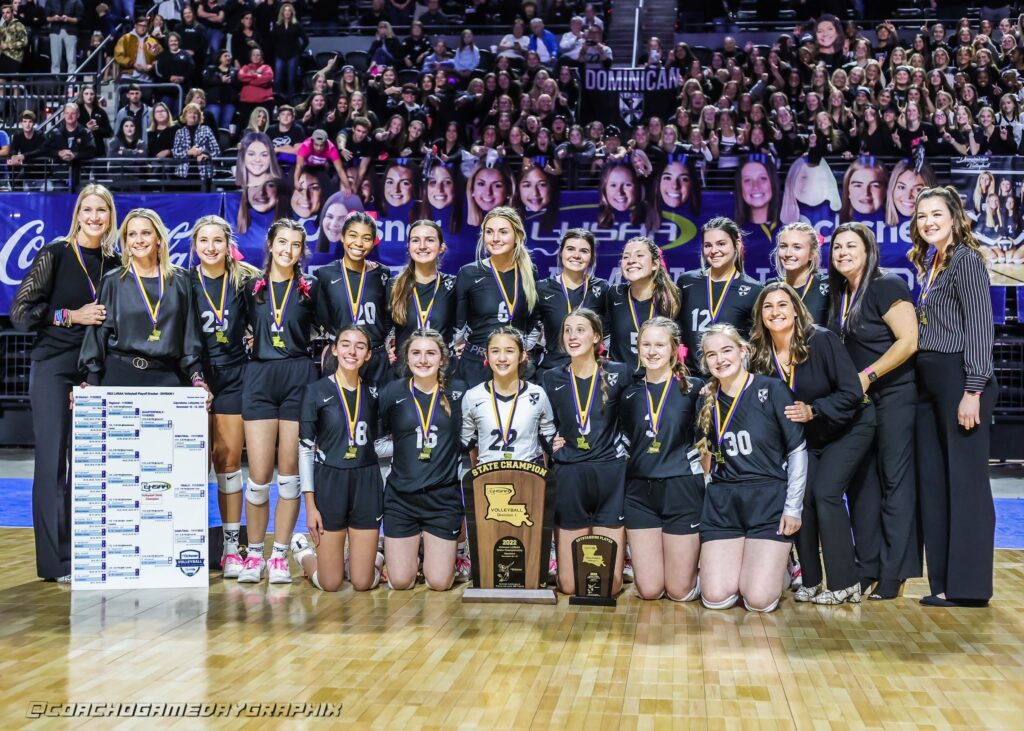 LAFAYETTE – Dominican won its third straight Division I state volleyball championship with a victory in straight sets over Mt. Carmel Saturday at the Cajundome in Lafayette.

Dominican’s Camryn Chatellier was named the game’s Most Outstanding Player. She finished the match with 20 kills and two aces. Zoe Smith added 11 kills and one block.

Gabby Marcello led Dominican with 44 assists, while Lauren Pipitone was the leader with 23 digs.

Lindsey Wickersham led the Cubs with 13 kills, while Makaya Page added 10. Emma Richey led the squad with 17 assists, while Nola Seven had 26 digs.

—Dominican never trailed in game one, and there was only one tie with the score at 3-all after a Dominican hitting error. Dominican took the lead for good after a service error by Mt. Carmel on the next play.

—Dominican built as much as a 10-point lead on two occasions, the last on a kill by O’Neil Haddad for a 22-12 lead.

—While Mt. Carmel cut its deficit to 23-17, Dominican closed the set shortly after with a Chatellier kill.

—Like set 1, Dominican never trailed in set two, and the game was tied just once at 1-all.

—Dominican began to pull away quickly and built as much as a 13-point lead, which came on the final point of the seat via a kill by Smith.

—Mt. Carmel put up a stiffer challenge in set 3 and led for much of the first half of the set, although Dominican was right behind.

—Dominican tied the set at 11 on a Haddad kill and took the lead one play later at 12-11 on a kill by Smith.