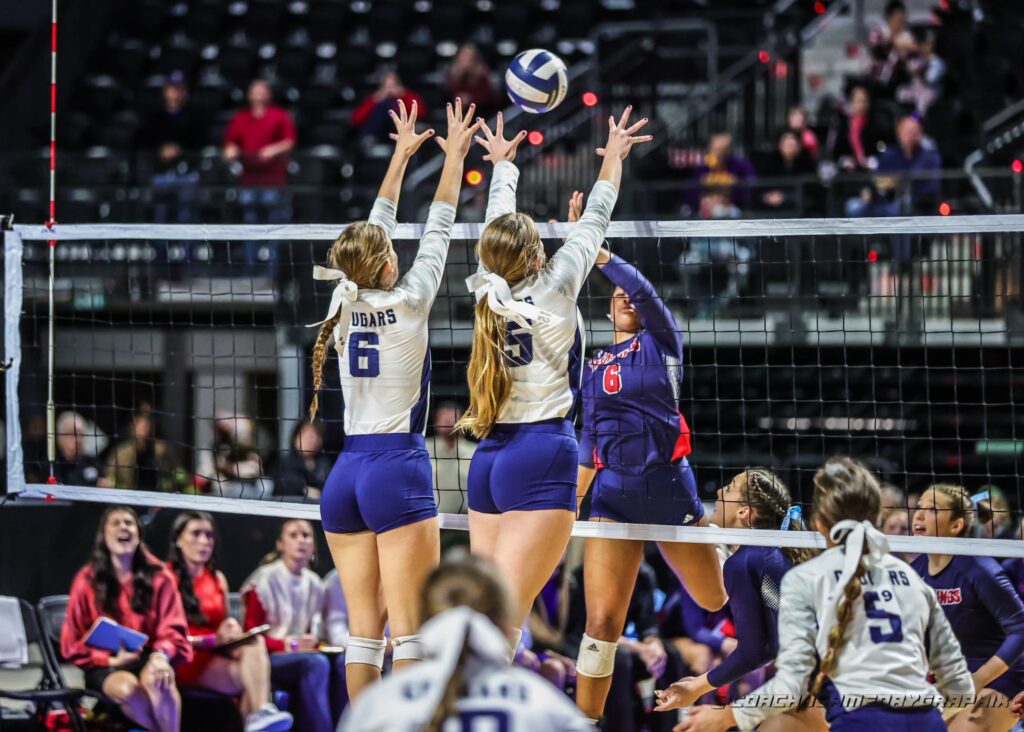 The Cougars avenged that loss and brought home their second straight state title in the process with a victory in straight sets Saturday at the Cajundome in Lafayette. The Cougars (41-1) won by scores of 25-20, 25-18 and 25-10 in a game that was a rematch of last year’s Division II finals.

St. Thomas More’s A.C. Froehlich was named Most Outstanding Player. She had 21 kills and three blocks.

Rhyan Michioto had 18 assists and three aces, while Emma Broussard had 17 assists. Eleanor Guidry led the squad with 11 digs.

Teurlings concludes its season with a 32-10 mark.

Ally Lafleur and Dee Asberry led Teurlings with six kills apiece. Asberry added a block. Anna Clair Hebert had one ace and 12 assists for the Rebels, while Kenley Nonato led the team with 14 digs.

—Things were close with the teams staying within three points of each other for half of the set. While Teurlings led early with an ace by Hebert for a 3-0 advantage. St. Thomas More tied the game at 5 on a Teurlings error.

—Later, the teams were tied again at 11 and 12 before  St. Thomas More took the lead for good on a Teurlings hitting error.

—The Cougars closed first set with an ace by Michioto.

—Teurlings took its lone lead of game 2 on the first point of the set with a kill by Hayley Hillman. From there, St. Thomas More led or tied in the early going, the last tie coming at 4 after the second of two aces pulled Teurlings to a 4-all tie. St. Thomas More took the lead for good on Froehlich’s kill.

—While Teurlings inched as close as 13-12, the Rebels never could tie or retake the lead again.

—St. Thomas closed the second set with a kill by Addison Phares.

—The Cougars’ largest lead came with the final score with a 15-point advantage.

—St. Thomas More clinched the match on a kill by Froehlich.