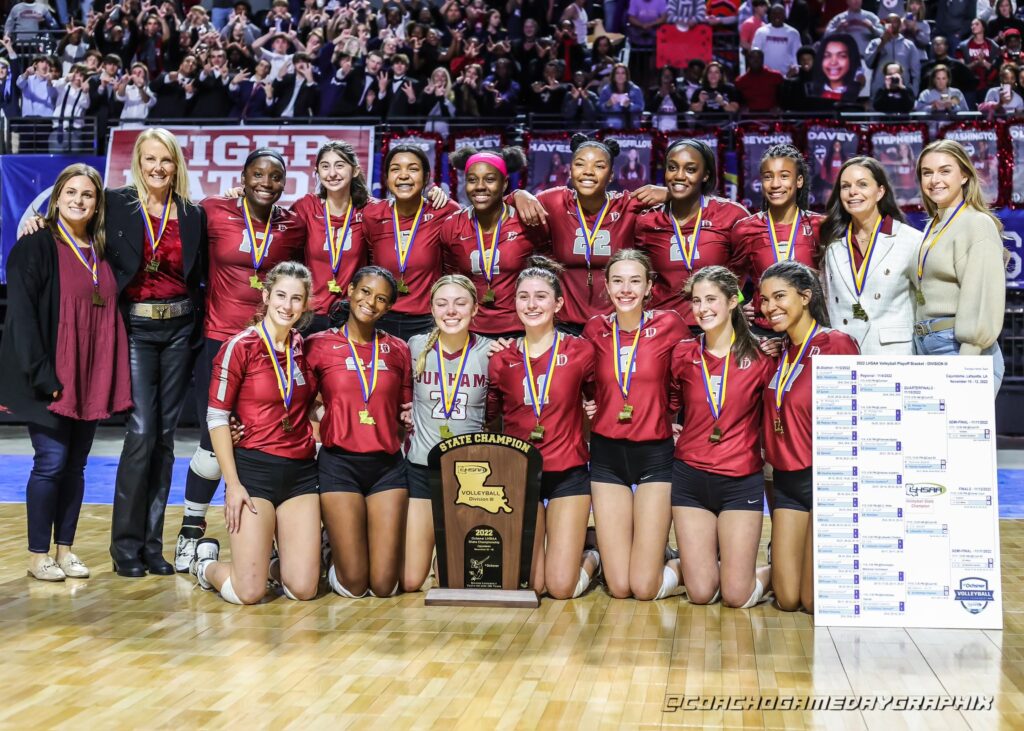 Judging by Saturday’s state championship victory against E.D. White at the Louisiana High School State Volleyball title game at the Cajundome, the Tigers adjusted just fine to the move.

E.D. White, which avenged its finals loss to Archbishop Hannan with a defeat of the Hawks in the semifinals Friday, came up short of its bid for its first title since 2008.

Katie Filce, Brightyn Ratcliff and Emory Freret each had 12 kills for E.D. White.

Anna-Claire Jones had 37 assists, two aces and 18 digs, while Kennedy Breaux had 27 digs.

—E.D. White extended its lead to as much as 10 on two occasions before taking the set with a nine-point victory.

—Dunham slowly crept back into the game, tying it on an E.D. White hitting error and taking a 21-20 advantage on a Jada Hayes ace.

—The teams went back and forth the remainder of the set until Ricks’ kill gave Dunham a 25-24 lead. The Tigers won the set a point later on an E.D. White hitting error.

—From there, Dunham took the lead for much of the game after tying the match on a kill by Ricks and a hitting error by E.D. White gave it a 4-3 advantage.

—Dunham’s extended its lead to seven on multiple occasions, the last at 21-14 on a kill by Davey.

—E.D. White rallied to tie the score at 25 before Dunham ended the set with consecutive points.

—Neither team took more than a three-point lead for much of the match.

—The largest lead came at 16-12 for Dunham after E.D. White was called for four hits on a possession.