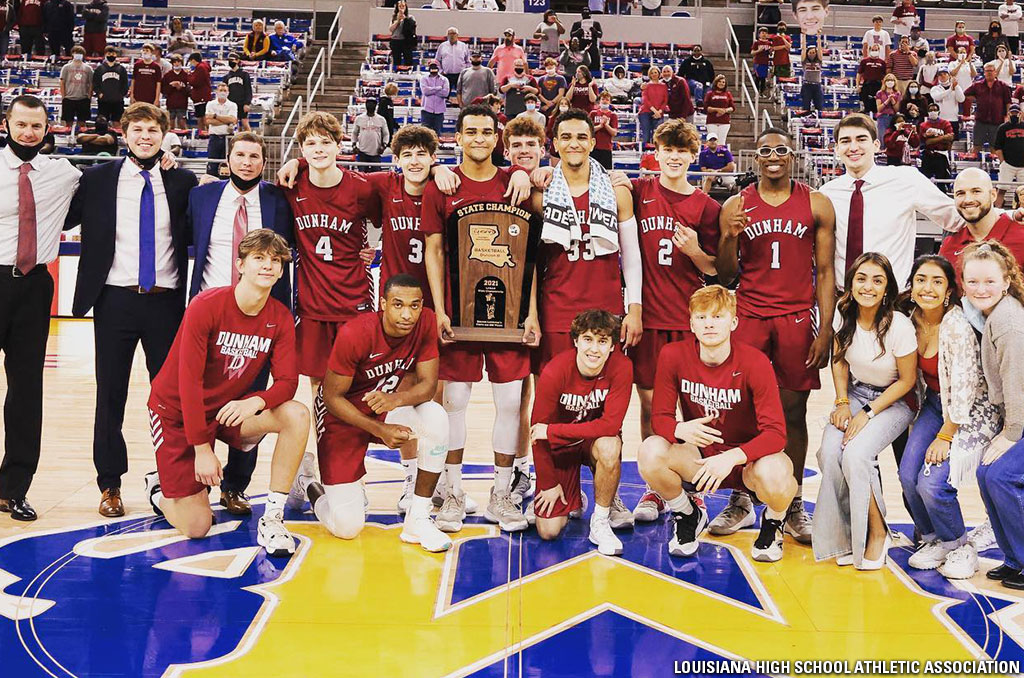 LAKE CHARLES – Another eventful and exciting day of tournament basketball was witnessed at Burton Coliseum as four teams were named champions.

Dunham upended the top-seeded Newman Greenies in the first game of the day to capture their second consecutive title and third in five years.

In Class 1A, Arcadia was able to bring a championship back to North Louisiana after taking down White Castle, 51-38. It was the school’s first state championship win since 2016 and the second in the history of the program.

Port Allen was able to hold one of the hottest offense in this year’s postseason as the Pelicans defeated No. 1 Rayville, 59-45.

The Hornets had averaged 106 points per game in the playoffs before Friday’s title game.

Simsboro closed out the Friday night slate of title games with a 56-53 victory over Anacoco.

The Tigers took home their fifth title in school history and first since 2019.

Marsh Madness concludes Saturday with four games starting at Noon. Class 4A will match G.W. Carver against McMain while University Lab and St. Thomas More battle it out for the Division II title.

In Division I, Scotlandville and St. Augustine will face each other while Natchitoches Central and Zachary close out the postseason in the Class 5A championship game.