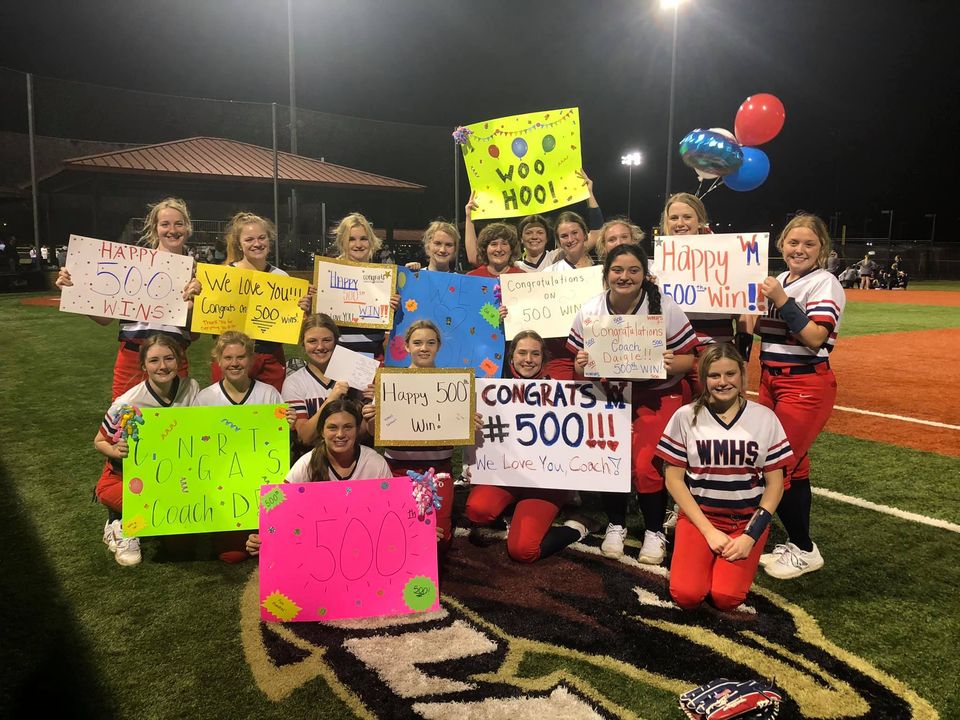 Daigle, now in her 22nd season as head coach at West Monroe, notched the milestone victory when her squad blanked Ouachita Christian, 15-0, back on February 25.

The Lady Rebels leader got her start at Quitman High School where she served as head coach from 1992-1995 and compiled a 31-18 record.

She moved on to West Monroe and served three seasons as an assistant before being named head coach in 1999.

Daigle helped lead the Lady Rebels to a state championship in 1999 and was named LSCA Coach of the Year for her efforts. She later received coaching honors from the LSWA in 2009.

She has 12 district titles on her resume and has advanced to nine state tournaments.

In addition to her coaching duties, Daigle has been a member of the Louisiana Softball Coaches Association where she has served as an Executive Committee member and coach the All-Star squad.