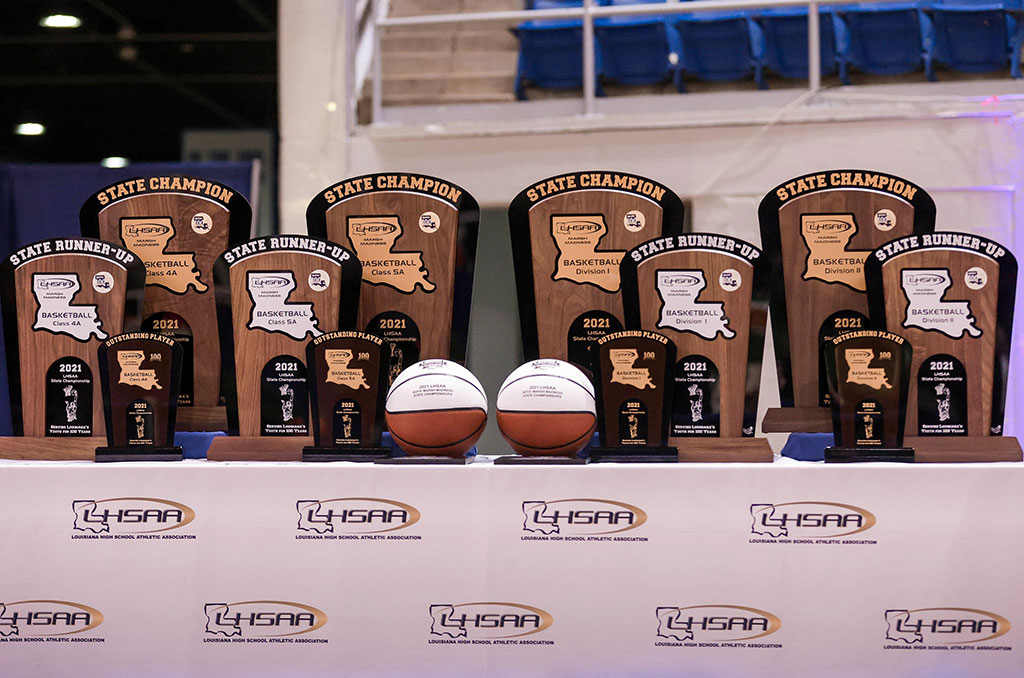 McMain made history in the first game of the afternoon as the Mustangs brought home their first state title with a 49-48 victory over No. 1 seed G.W. Carver in the Class 4A finals.

Alex Hammond was named Most Outstanding Player after leading McMain with 12 points in the game.

In the second game of the afternoon, St. Thomas More continued a string of historic championship victories with a dominant 60-39 win over University Lab in Division II.

With the win, the Cougars have now won four titles in a row.

Three STM players finished in double-digit scoring with Carter Domingue leading the way with 17 points along with nine assists and eight rebounds. Domingue was named the championship game’s Most Outstanding Player.

St. Augustine captured its first state title since 2011 and sixth in school history Saturday following an exciting 47-44 win over Scotlandville in the Divison I championship contest.

For the first time since World War II, Zachary High School can call themselves champions in boys’ basketball.

The Broncos took down top-seeded Natchitoches Central, 63-57, to claim their fourth title in school history and first since 1944.