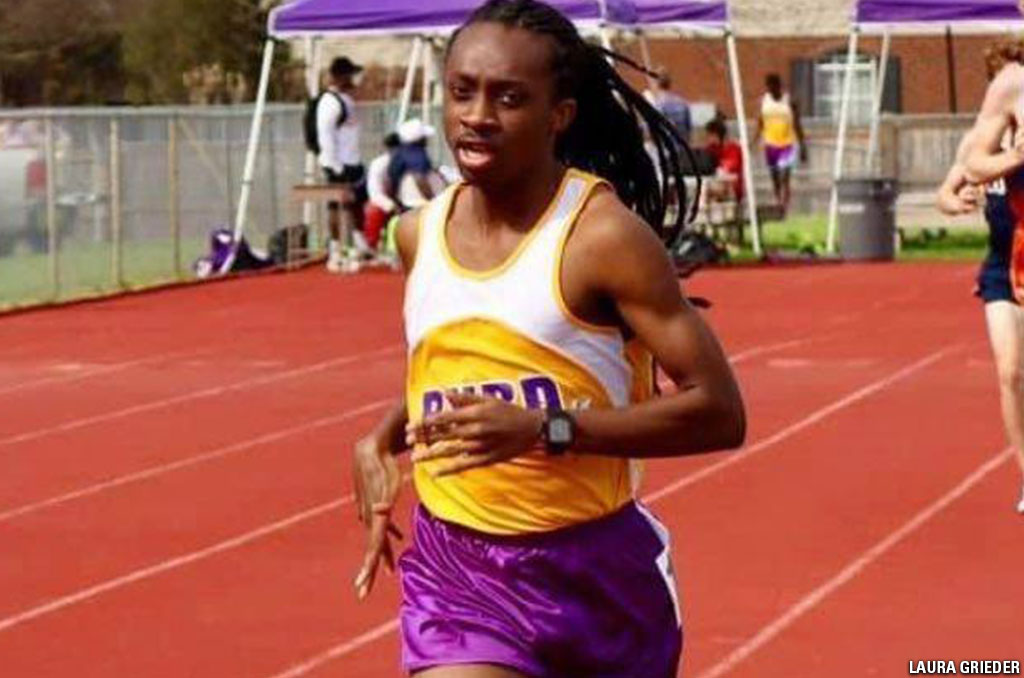 SHREVEPORT – What a difference a year makes.

Last year, Byrd head track coach Juan Plaza had to store away the medals and T-shirts he received from the title sponsor of the Yellow Jacket Relays-Sportspectrum-as Louisiana Governor John Bel Edwards closed all schools in Louisiana on Friday, March 13th, less than 24 hours before the meet.

Plaza pulled the medals and T-shirts out of the closet this week and–toward the end of the 2021 Yellow Jacket Relays-was able to put two gold medals around the neck of his distance runners.

It’s the second time this year Wells, who recorded a 9:59.19, has dipped under the 10 minute barrier. At the LHSAA State Indoor Meet last month, Wells broke the 10 minute mark in the 3200 for the first time with a school record 9:56.

Byrd’s Bryn Peters, running without any serious threat, won the girls 3200 with a time of 12:14 to give the host Jackets a sweep in the event.

“I’m very proud of Trent and Bryn’s 3200 victories,” Plaza said. “Their progress goes back to June of last year. They started their momentum during cross country in the Fall and it carried them through the indoor season where both made a mark on the Byrd Track and Field record books.”

Wells’ record-breaking performance was one of 13 at the Yellow Jacket Relays, the largest meet in North Louisiana.

Ruston High School, which led the attack on the record books, was responsible for six broken records–three in the boys’ division and three in the girls division.

“I was very impressed with our record breaking performances yesterday,” Ruston head coach Allen Whitaker said. “When Coach Plaza sent over the meet records a few weeks ago, we decided as a team that we wanted to break a few. Our girls sprints are sprinting really well right now. Our 800 meter relay relay ranks 5th nationally right now. Those girls are phenomenal.”

Tucked into the Northeast corner of Arkansas, Paragould High School is roughly 375 miles away from Lee Hedges Stadium. Olivia Hancock was on her way to the meet last year when she got the word that the meet was cancelled.

The West Point commit had to turn around and go home.

Hancock made up for lost time on Saturday by breaking the girls’ discus record with a winning mark of 134’7.

It wasn’t the only record broken in the girls’ throwing events, on her third throw of the competition, St. Louis junior Emma Freeman launched a meet record 125’0. The throw was 10 feet further than any of Freeman’s other efforts.

Byrd’s Caitlin Byrd finished second in the event with a personal record of 104’6, which is No. 2 in North Louisiana behind D’arbonne Woods’ Kenly Smith’s 106’6.

BTW’s Chyler Turner continues to leave her legacy on Northwest Louisiana Track and Field. The senior, who is committed to Duke University, lowered the meet mark in the 300 hurdles (44.56), holding off Ruston’s Corlasia Scott, who is ranked No. 2 in the state behind Turner.

St. Louis Catholic completed the meet with 164 points to lead the girl’s standings, followed by runner-up Ruston with 123 points. The Bearcats’ dominating 158 points bested the boy’s standings, well ahead of St. Louis’ 71 points.