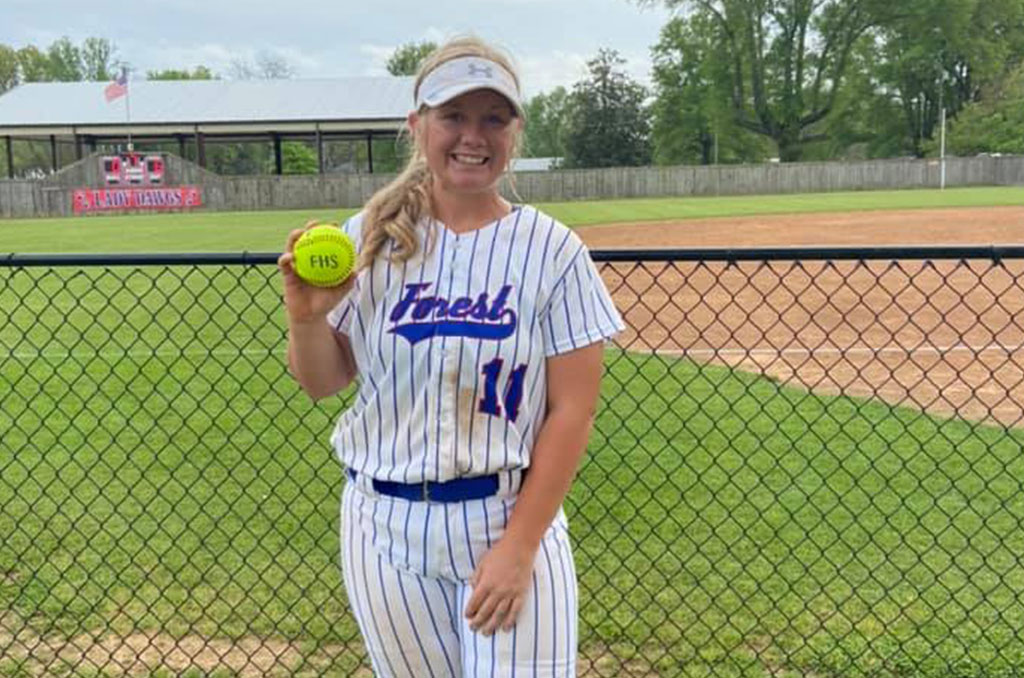 “Brooke has done great this year in the circle,” said Forest head coach Chasity Griffin. “She’s got a few more things she wants to tend to before she finishes her high school softball career.”

Ross currently has a career total of 1015 strikeouts with 288 coming this season, which has been her highest season yet.

“Her determination this season I believe comes from the heartbreak of having last season canceled,” said Griffin.

Forest recently earned the No. 1 seed in the LHSAA Class B softball playoffs and await the winner of the Fairview-Castor after receiving a first-round bye.