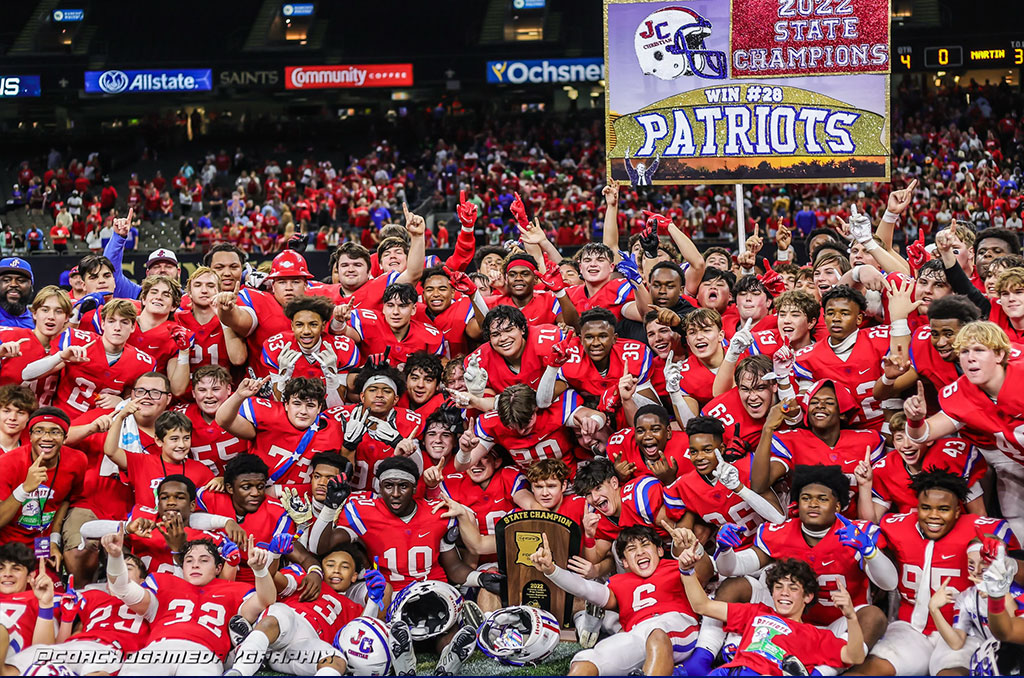 The state title is Curtis’ first since the 2018 season as it finished the season with a 12-2 record. Saturday’s loss dropped Brother Martin to 9-6 overall in its first appearance in the Prep Classic since 1989.

Saturday’s shutout was just the third in the top classification and/or division in the history of the state championship contests as Ruston shutout Neville, 8-0, in 1982 while West Monroe blanked Rummel, 30-0, in 2009.

Dagan Bruno rushef for 67 yards and a touchdown while completing six passes for 109 yards and a touchdown to earn Most Outstanding Player honors for John Curtis. Kaheam Smith and Michael Turner also scored touchdowns for the Patriots who led with 14 first downs and 278 total yards. Curtis dominated time of possession with over 30 minutes of offense on the ground.

Jaden Weber was named the Most Outstanding Player for Brother Martin after totaling 12 tackles in the game while Torey Lambert led offensively with 61 yards on the ground. The Crusaders

• 3:13 – JOHN CURTIS | Dagan Bruno found Michael Turner in the endzone on a 38-yard touchdown pass to help the Patriots gain an early 6-0 lead.