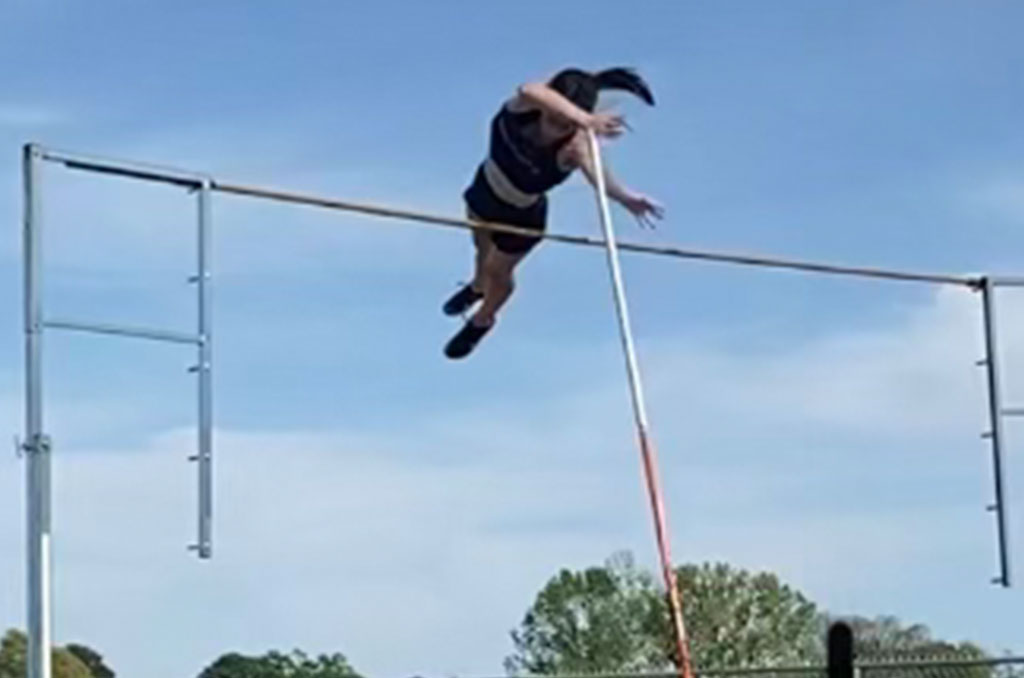 It’s not often that juniors will have the top performances in the state in both the boys and girls division going into a district meet, but that will be the case Thursday afternoon in Sibley at the District 1-3A Track & Field Meet.

Mansfield junior Kedarious Terrell  has the fastest time in Class 3A over 400 meters and will lead the Wolverines in their quest for a district championship. Terrell has a best of 49.30.

Head coach Mychal Word said Terrell “embraces the love of competition and enjoys the bittersweet feeling of running the 400.”

In the girls’ division, North Webster’s Peyten Ware, who broke the North Webster school record as a freshman, has a best jump of 11-0 in the pole vault which ranks No. 2 in 3A.

Both of Ware’s top marks were from the Haynesville meet.

Here are some other athletes, teams, and events to watch for at the District 1-3A Meet.

Loyola Girls’ Team – The Lady Flyers have the top times in four of the eight individual running events and are tied with North Webster with three district leading marks in the field events. If the Lady Flyers perform up to their potential they could bring the school’s first ever district championship back to Jordan St..

Mansfield Girls’ Sprints – Speed kills. And it could kill the Lady Flyers chances for winning district. The Lady Wolverines have two of the best young sprinters in the state. T’la Dewitt is freshman who has posted a best of 25.88 in the 200 meters. That time is the best turned in District 1-3A and ranked in the Top 6 in the state. Her teammate Ly’tykeunna Sicks, who is a sophomore, is right behind her in the 200, but comes into the district meet with a district best of 12.25 in the 100 meters.