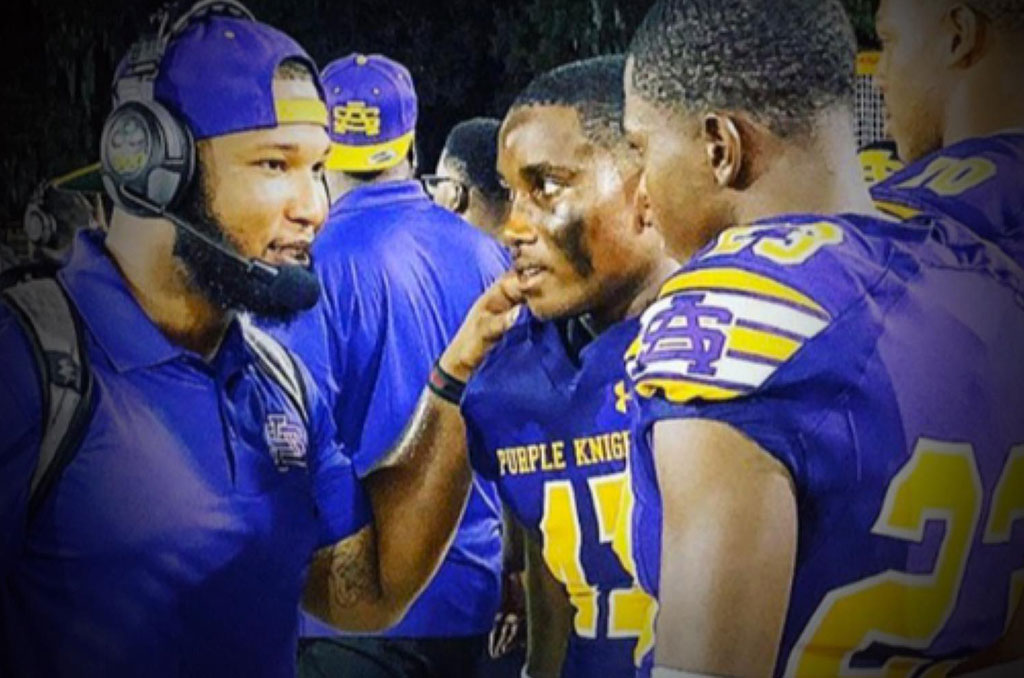 “I am extremely humbled and grateful for the opportunity to lead Wolfpack Nation,” said Francois. “I am looking forward to the opportunity to focus my efforts on building a great program in New Orleans while strengthening and broadening our reach inside our school and community.”

Francois recently served as defensive coordinator and assistant head coach at Sophie B. Wright before accepting the job at Livingston.

Livingston Collegiate opted not to play varsity football in 2020 due to the ongoing COVID-19 pandemic and is just two years removed from posting a 4-4 record in its first season of football. Francois will get the chance to put his own footprint on the Wolfpack program as it enters a fresh season.

“Our coaching staff will ensure the success of our student-athletes both on and off the field and within the community,” said Francois. “Both Coach (Yusef) Young and Principal (Evan) Stoudt are very supportive of the vision and direction I see the program moving in.”

Francois is no stranger to success on the gridiron and has guided teams he has either played for or coached with to multiple accolades.

“Coach Francois stood out in the hiring process because he was passionate and deeply knowledgeable what it takes to succeed in New Orleans,” said Livingston athletic director Yusef Young. “He has a history of hard work and his commitment to mentoring and guiding young men is unmatched.”

As a collegiate player at Alcorn State, Francois was named to the All-SWAC football team twice during his career. He was chosen as a first-team selection in 2014 after helping lead the Braves to a SWAC championship and a black college football national championship. He was also named to the second-team list in 2013.

His defensive prowess is what set him apart from others in college. He led the Braves in total tackles with 84 in 2014 along with a team-high five interceptions. He totaled a team-best 90 tackles in 2013.

Following his collegiate career, he played in a professional overseas football league for a few seasons before returning home to begin his coaching career.

In high school, Francois played an integral part in helping Edna Karr and his head coach Jabaar Juluke make a state championship game appearance for the first time in over a decade.

In other coaching news around the state, Tank Lotief was named the new head football coach at Breaux Bridge after previously serving in the same position at Kaplan.

A pair of Vermilion Catholic coordinators have left to take head coaching positions within the state. Cory Brodie will take over at Kaplan while Travis Blaize was chosen to lead Westminster Christian.

Jeff Fitzgerald stepped down as the head coach at Ouachita Parish while Vandebilt Catholic’s Lance Ledet also announced that he would be stepping away. The two schools are currently in search for a replacement.

Four-time defending state champion Lafayette Christian is still in search for a new head coach since the school parted ways with Jacarde Carter at the beginning of the year.

Interviews are still ongoing for many openings around the state including Madison, North Central, Northwood-Lena, Slaughter Charter and West St. Mary.