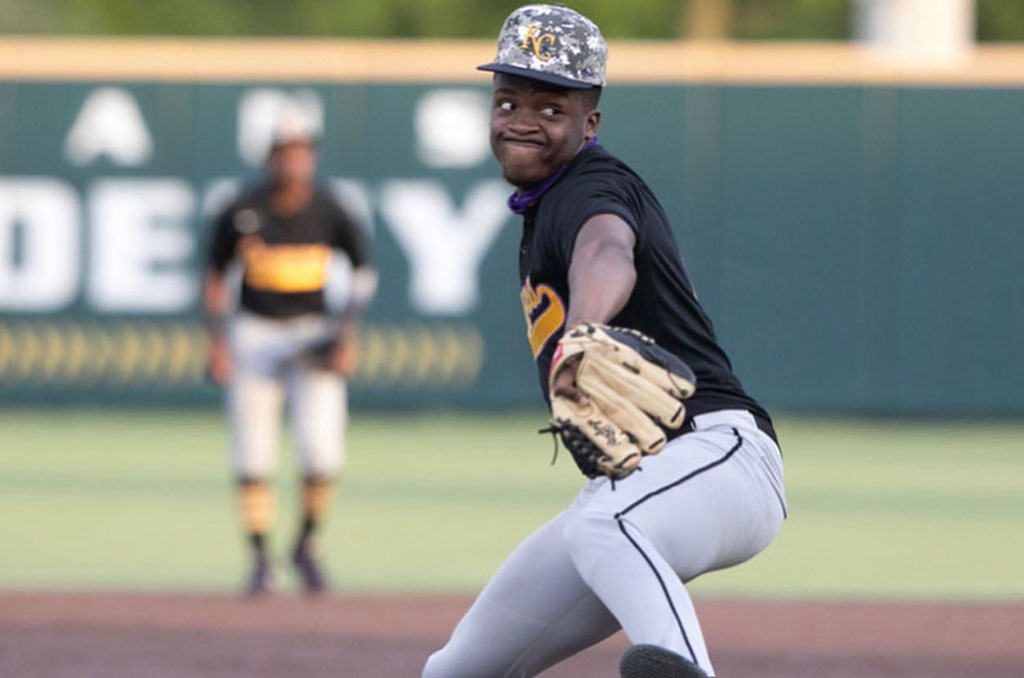 Many’s Jack Deville had a great week both at the plate and on the mound. He tossed a complete game with just two hits allowed, no runs and 11 strikeouts in five innings. He batted .667 with two doubles, a triple and drove in five runs.

Edna Karr’s Charles Green pitched six innings and struck out 13 in a 7-6 win vs St Augustine on April 15th.

Josh Pierce of South Lafourche pitched a complete game one-hitter to beat Destrehan, 1-0. He finished with five strikeouts, one walk, and only allowed two base runners in the game.

Cade Patin pitched 10 innings for St. Michael last week where he tossed a one-hit shoutout and gave up just one walk against Tara.

Iota’s Nicholas Duplechain hit .571 last week along with a double, two home runs, six RBI while also having tossed a three inning shutout where he struck out five batters.

Robert Cauthron of Reeves worked a complete game shutout last week with 11 strikeouts and no walks. In addition to his shutout, Cauthron pitched 1.1 innings in relief vs Fairview on Saturday giving up no runs and striking out two.  On the year he has a 6-4 record, 3.62 ERA, and 76 K’s in 50 1/3 IP.

Loreauville’s Logan Romero helped to clinch a 5-1 victory over Ellender last week after working seven innings and allowed just one run and two hits while striking out 10 batters.

Tagged Featured
← Track Athletes and Teams To Watch For In 1-4A, 1-1A, and 1-2A District MeetsDistrict 1-5A Track Meet Will Be A Family Affair →