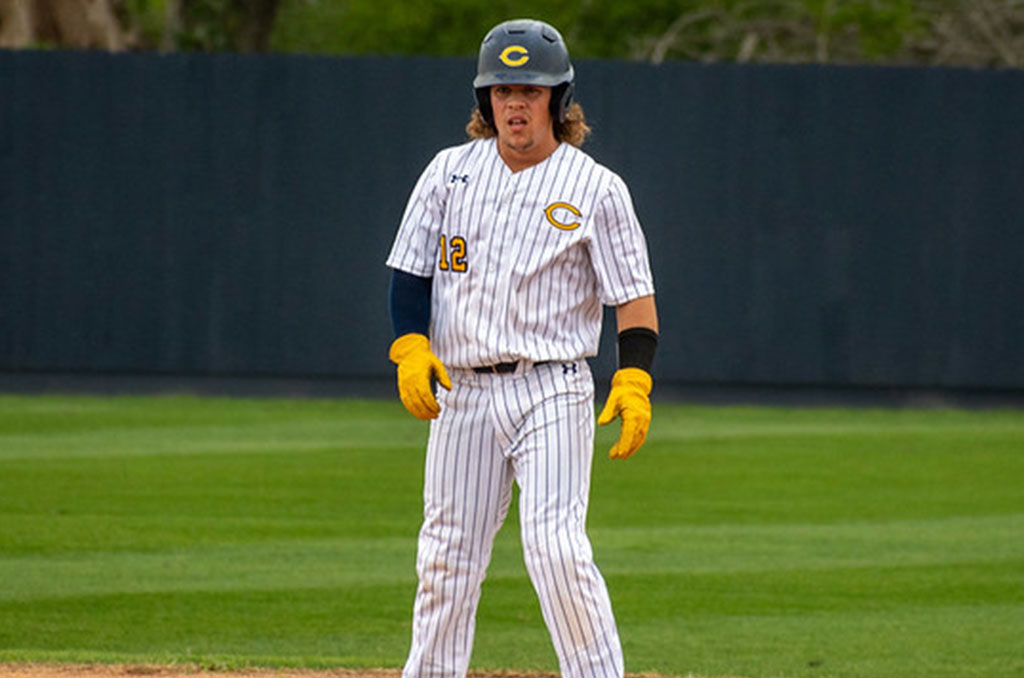 Reeves High School’s Chase LeBlanc is batting .432 with 4 doubles, 12 RBI, 15 runs, and 21 stolen bases (on pace to break the school record of 35). He had a 15-game hitting streak, going back to last year, snapped last week.

Reese Peer of Morris Jeff Community pitched a complete game for the Pels, giving up just one earned run on one hit and two walks, striking out a school-record 21 batters in a 19-6 win over Livingston this past Friday night (3/26). He also went 3-for-3 at the plate with a double, three RBIs, four runs scored, and five stolen bases. Peer has 32 strikeouts in 12 innings pitched (two starts) this year.

Hadley Cooley of DeQuincy went 7-for-12 and drove in 10 runs over the last week while tossing a complete game against Vinton where he struck out 13 batters. Traive Geautreaux batted .667 with five RBI for the Tigers.

Catholic of Pointe Coupee received a complete game effort from Aiden Vosburg who also batted 5-for-8 with two RBI. The senior pitcher allowed just three hits and a run while striking out seven in the win against Division III’s No. 1 Notre Dame.

In two games, Pineville’s Darnell Bayonne batted 1.000 along with a homer, two doubles while also driving in three runs and stealing a base. The Rebel pitching staff combined to allow only one earned run in 15 innings of work.

Carencro’s Jase Braquet and Connor Romero helped Carencro go 2-1 on the week including an extra winning win against Teurlings Catholic as well as South Plaquemine. Braquet was 7-for-15 with two doubles and 4 RBI while Romero batter 5-for-15 that included a dinger, four RBI and three stolen bases.

Jackson Bleich had a great week on the mound for Captain Shreve where he recorded a win and two saves. The Gator pitcher tossed 9.1 innings and allowed just seven hits and no earned runs while striking out 12. He shut out Parkway on Saturday after working seven innings and gave up only five hits in seven innings of work.