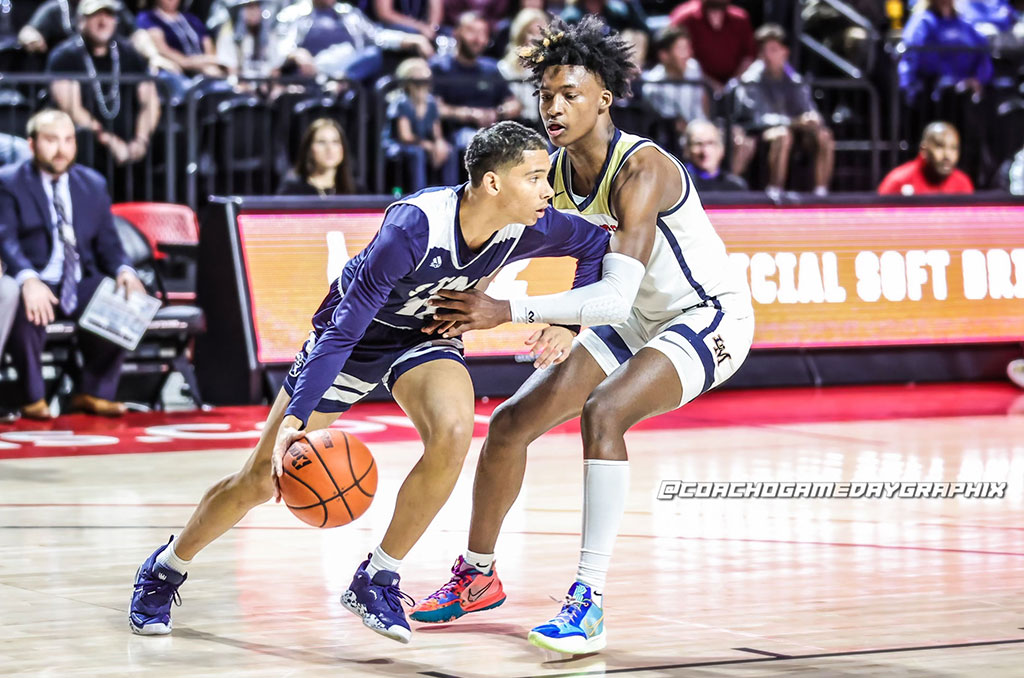 LAFAYETTE – The field is set and the excitement for this year’s Select Boys Basketball championship games could not be greater than what has been built around the finalists for each division. Below is a recap of the final round of semifinal games on Thursday.

The Newman basketball team is headed back to the state title game following a 70-51 win over St. Thomas Aquinas.

Thursday afternoon’s win marks the 13th time that the Greenies will compete for a championship with their last win coming in 1993.

A trio of Newman players scored in double-digits with Austin Montgomery leading the fray with a 16-point performance along with six assists. Canin Jefferson had an impressive showing in the game with 14 points, three rebounds, eight assists and five steals while Todd Jones scored 13 points and grabbed nine boards.

For St. Thomas Aquinas, Kendrell Perry led the team with 15 points while Drew Milton neared a double-double with nine points and 10 rebounds.

The game was knotted up at 17-17 headed into halftime but it was the Newman offense that lit up the scoreboard in the second half, shooting 64 percent while limiting the Falcons to just eight shots made.

Braylon Richard and Scotty Woodcock combined for nearly half of Lafayette Christian’s total points as the duo led their team to a 62-42 win to earn a shot at a Division III championship on Saturday.

Richard and Woodcock each scored 15 points apiece while six other Knights contributed to the scoring effort. LCA was unstoppable from the field shooting 69 percent for the entire game including 4-of-8 from beyond the arc.

John Curtis is headed back to the state title game for the first time seven years after surviving a fourth-quarter surge from St. Paul’s.

The Patriots led by 12 at the start of the final period but the Wolves went on a 28-point shooting spree cutting into the lead. However, it was John Curtis who held on by making the shots needed to take the two-point win and advance into the finals.

Darious Rockett recorded a double-double for the Patriots with 11 points and 10 rebounds while Buddy Taylor added 10 points and eight assists and Michael Turner, Jr. scored 10 points.

For St. Paul’s Reece Seicshnaydre scored a game-high 19 points along with three steals while Zach Fenn had 13 points and 11 rebounds.

Curtis seeks its first state title win since defeating Riverside back in 2012.

In the final game of the evening, Scotlandville punched its ticket to a 13th consecutive state championship game as the Hornets defeated Archbishop Shaw, 59-44.

Dorian Booker registered a double-double to help lead his team to the win with 20 points and 13 rebounds while C’Zavian Teasett accomplished the same feat with 14 points and 10 rebounds. Together, the duo combined for six blocks in the game.

Three players finished in double-digit scoring for the Eagles led by Kameron Johnson’s 16 point effort while Rodney Phillips scored 16 points and Jene Baquet had 10 points on the night.

Scotlandville has won seven titles in its 12 straight title game appearances with its latest coming in 2020.

No. 1 Family Christian vs. No. 2 Jehovah-Jireh

No. 1 Southern Lab vs. No. 2 Calvary Baptist

No. 1 Newman vs. No. 3 Lafayette Christian

No. 3 Scotlandville vs. No. 4 John Curtis

No. 1 Liberty vs. No. 3 Archbishop Hannan