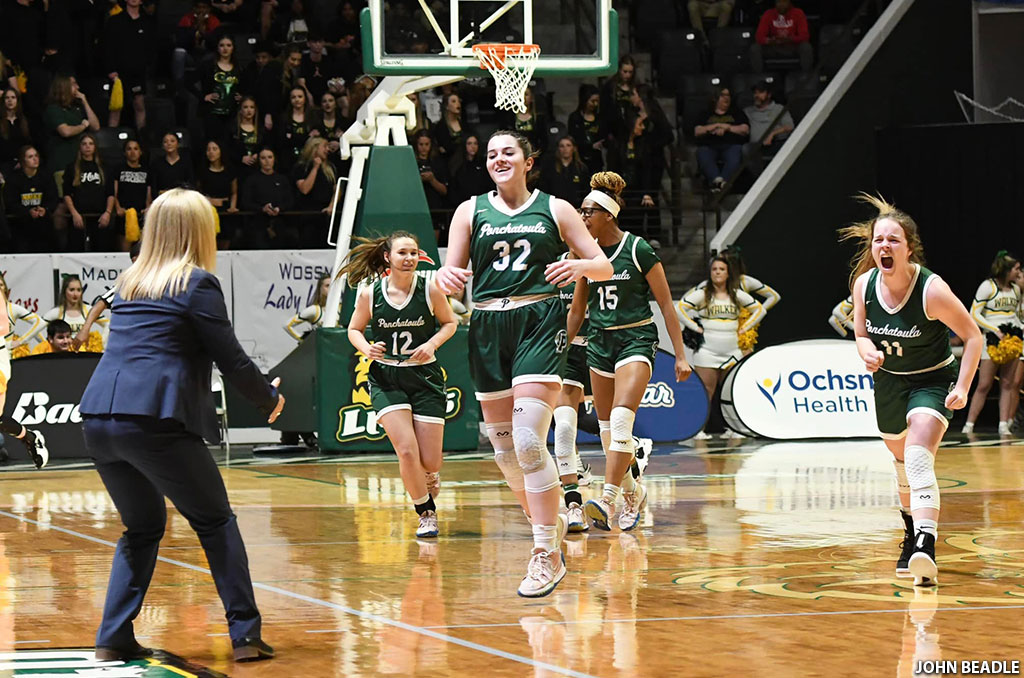 HAMMOND – Four teams were locked in for this weekend’s state championship contests as the semifinal rounds of the LHSAA Girls Non-Select Basketball Championships wrapped up Thursday night on the campus of Southeastern Louisiana.

Ellender will get a shot at a sixth state title following its 56-44 defeat over No. 2 Bastrop Thursday afternoon.

Bastrop was led by Jaleya Peoples’ 10 points and five steals.

Warren Easton is back in the championship picture for the fourth time in five years after taking down Huntington, 59-55, in the second game on the afternoon.

Imani Rothschild led the Eagles with 18 points and seven rebounds while Kamryn Washington recorded 13 points in the game.

For the first time in school history, Parkway is headed to the state championship game.

The Lady Panthers battled all game long, against a tough Lafayette team, leading by only two points entering the fourth quarter.

Mikaylah Williams, a finalist for the Gatorade Louisiana Player of the Year, led with 33 points and nine rebounds on the evening. She was efficient at the charity stripe, hitting eight of nine attempts.

For Lafayette, Jahnya Brown score 19 points to lead her team along with eight boards and four steals.

In front of one of the biggest crowds of the week, Ponchatoula picked up a monumental victory in order to punch its ticket to the championship game for the first time since 2015.

It just so happened to be against the same team it defeated for its last title as the Green Wave took down Walker, 68-59.

Walker also had three players finish in double-digits with Ja’Miya Vann leading the way with 15 points and two assists. Caitlin Travis (11) and Kennedy Ard (10) also finished with 10 or more points.

No. 1 Northwood-Lena vs. No. 2 North Central