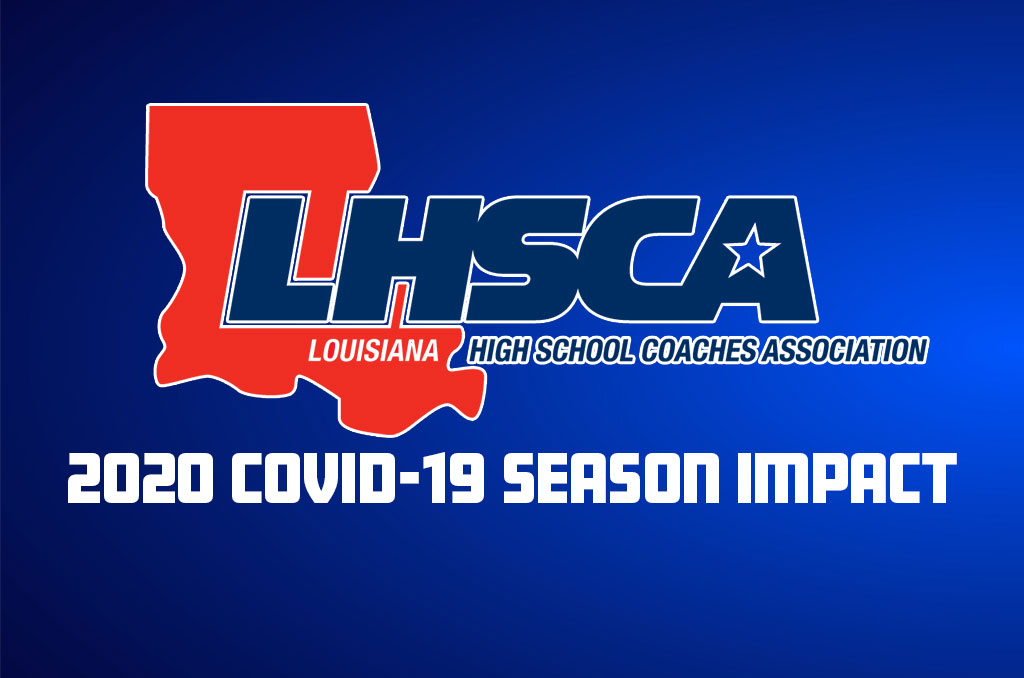 BATON ROUGE – The unknown is still unknown at this point.

However, what the Louisiana High School Athletic Association (LHSAA) hopes to learn is how its member schools feel about the upcoming school year and impending sports seasons.

On Friday afternoon, the Louisiana High School Coaches Association (LHSCA) along with the LHSAA emailed a questionnaire out to every head coach in each sport regarding the impact of COVID-19 and the future of competition for the 2020-2021 season.

In a letter attached to the survey, the association informed the coaches that it wanted input regarding possible contingencies due to the pandemic and its effect on how and when sports should be played, if at all.

“We value the coaches’ perspective and their input,” said LHSCA director Eric Held. “The last four months have been unusual. And the unusual has now become usual. However, we want to play and unless they tell us otherwise, the plan is to move forward.”

According to the message sent out to the coaches, the goal is to play every sport during its designated spot on the LHSAA calendar. Since there is still much unknown about the virus, which continues to ravage the country, the association wanted to hear from its coaches on how modifications should be handled if deemed necessary.

Within the survey, coaches are asked to respond to questions concerning the minimum of weeks needed to prepare their players for the beginning of each sports respective season, number of competitions needed to constitute a regular season and if shortened postseason play would be favorable in the cast of an abbreviated regular season.

“I hope the input from coaches around the state will assist the LHSAA in determining what is the best possible options, and in the development of a plan to address the upcoming sports seasons with all scenario’s considered,” said Lake Arthur head football coach Tarius Davis.

The eagerness to play a season on time also conflicts with the caution to protect those involved. Most coaches struggle with the notion that decisions such as these do not come easy.

It’s a double-edged sword,” said Central-BR volleyball coach Michele Lebouef. “You want to get the kids back to play, but you don’t want to risk the health of any student-athlete, coach, parent, grandparent, teacher, etc. More than anything we (coaches) just want answers so that we may be able to plan and prepare our athletes, but we know answers aren’t easily available right now.”

The association also inquired about whether coaching staffs would be open to delaying the start of the season in order to accommodate regular and post-season play. The questionnaire even asks if moving a sports season outside of its traditional timeframe would be favorable.

We wanted to see where all coaches stood during this time and what direction they would like to move in,” said Held. “However, there could be modifications in schedules and non-traditional season could be a possibility. It’s unprecedented times and we want to do what is right for the kids.”

“I don’t think at this point there is a 100% correct answer,” said Kenner Discovery head football coach P.J. Sprunk. “However, for me whatever we can do to ensure our kids safety, which is our number one priority, and get back to the game we love I’m all for it. We as coaches along with the LHSAA have to look at all options and make a decision that is safe and beneficial for everyone.”

Each head coach is asked by the association to respond to the survey no later than Noon on Tuesday, July 7th.