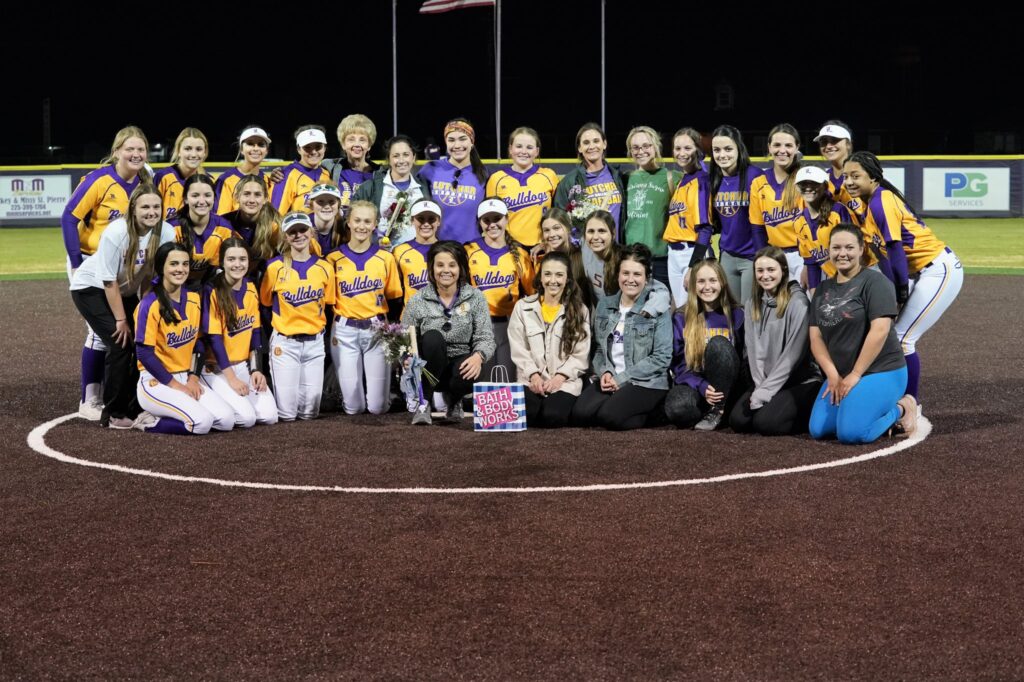 Outstanding performances and thrilling matchups kickstarted the first day of high school softball in Louisiana on Tuesday as teams stormed the diamond in search of championship gold.

In one of the most anticipated and wildest games to start the season, defending Division I state champion John Curtis staved off a late-game comeback from an opportunistic Ponchatoula squad to take a 10-9 win on the road.

Despite falling behind by four runs in the first three innings, the Green Wave stormed back in the fourth inning, highlighted by Faith Hebert’s home run and Lily Crittendens double, to take a 5-4 lead.

“Most of the girls that we are playing with this year are untested and young,” said Green Wave head coach Jeremy Harper. “John Curtis, which you have to give props to for being a well-established team came out and were able to put up three in the first. We have been talking about coming out and being hungry and not letting a game get too big for us.”

Ponchatoula added two more runs thanks to Briylnn Singh’s home run in the next inning to increase its lead by three.

However, it was pitching that made the difference in the final two frames of the contest. The Lady Patriots regained control of the lead after taking advantage of an early sixth inning error coupled with three walks to take an 8-7 lead. Curtis added two more runs in the inning to give Ponchatoula a three-run deficit.

“In typical John Curtis fashion, they were able to make a comeback just like they have been coached to do for so many years,” said Harper. “So they are able to come back and take the lead in a big inning to make it 10-7.”

The Green Wave would not go away quietly as it faced a two-out situation in the final inning but it was Curtis’s single with two in scoring position that shriveled the Curtis lead to a 10-9 score. With hopes of tying the ball game, Crittenden sent a shot to left field but fell just short of the wall giving the Patriots the thrilling opening day victory.

“A three-run lead is pretty safe in baseball but never in softball,” said Harper. “We were able to bring the game to within one run and all you can ask for is one of your best hitters to be at the plate with a chance to win the ballgame.” She took a good swing at it and missed the fence by about 10 feet to end the ballgame. What a fantastic way to open the season for both teams.”

The win brings John Curtis to 1-0 on the season while Ponchatoula starts out 0-1. However, it was an experience for the crowd to witness great softball being played at the early start of the year.

“It was a great game to be in the stands and be a part of,” said Harper. It was a joy to be able to play Curtis and compete against Coach Godfrey and his team. Since last year’s seniors moved on, we realized that we were going to be young. We have been preparing since August for a tough opener. It was a great benchmark to see where our team stands and what better way to do it than to bring in one of the state’s best softball teams.”

Jasmine Roach earned the win for Curtis after working 2.3 innings and surrendering two runs on two hits along with five strikeouts. Kai Goodman started the game for the Lady Patriots and tossed 4.1 innings with seven-run surrendered on six hits with six strikeouts.

Crittenden took the loss for Ponchatoula with seven hits and ten runs allowed in 5.1 innings of work. She struck out four in the process.

• West Monroe defeated Haughton, 7-6, as the Lady Rebels scored two runs in the fifth to come back and take down the Lady Bucs. Maddie Nichols went 3-for-4 with three RBI for West Monroe while Brianna McClanahan knocked in four runs on a homer in the third inning for Haughton.

• The Lutcher softball team recognized its coaching staff for reaching their 100th win reached in their first 158 games. A postgame ceremony was held with alumni in attendance following a 12-2 win over Central Lafourche.

• Alyssa Soileau picked up the shutout win for Loreauville in a three-inning, seven strikeout performance that helped the Lady Tigers blank St. Martinville, 19-0. The team hit seven doubles and two triples in the contest while Ava Theriot launched a homer.

• Rayni Rivers went 3-for-4 hitting just shy of the cycle as he recorded a single, double and a home run in a 12-0 victory over Castor.

• Airline softball picked up a convincing 10-0 win over North Webster led by Aleena Duran’s performance in the circle where he worked five innings and struck out five. Taelor Smith was 3-for-3 with a homer while Elena Heng hit two triple on the night.

• St. Thomas More’s Akili Greene launched a two-run bomb to help lead the Lady Cougars to a win in their first game of the season.