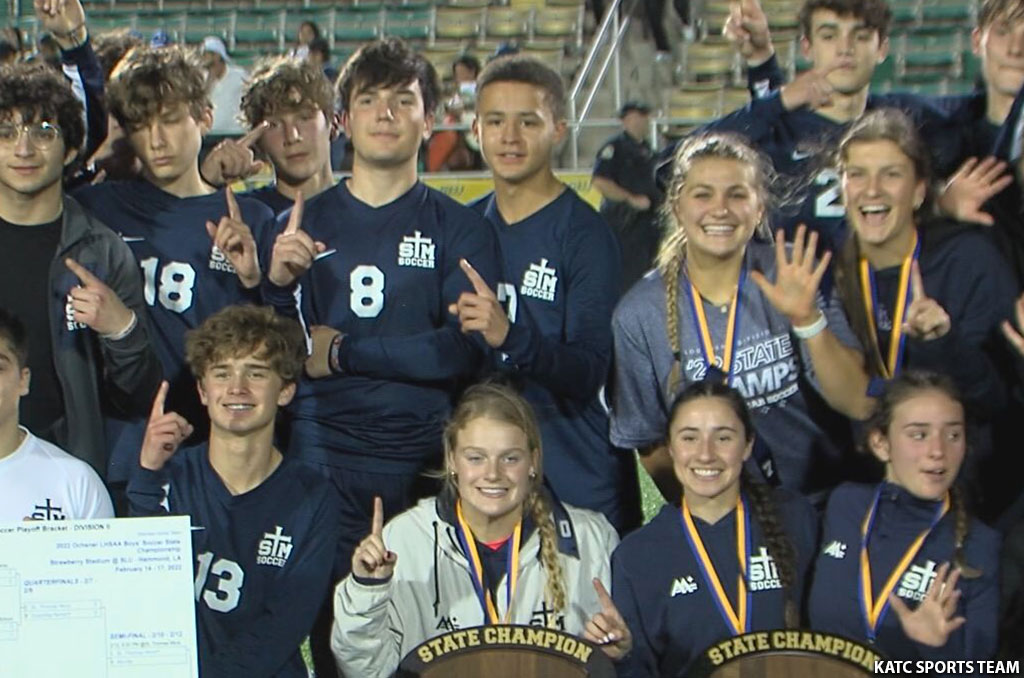 In the first game of the day, the Lady Cougars made history when they took down Lakeshore, 4-2, to capture a fifth consecutive title. The girls squad becomes just the second in history to win five straight, joining Northshore’s run from 1986 through 1990.

All four of St. Thomas More’s goals were scored by different players including Mary-Ainsley Alack, Brooklyn Babineaux, Raegen Latiolais and Jaydn Mallory. Sophia Carrier was named the Most Outstanding Player for her performance and in helping the Lady Cougars from stopping the high-octane attack from Lakeshore.

The St. Thomas More boys took home the gold for the first time since 2017 with a 1-0 victory over East Jefferson in Wednesday’s nightcap.

Chris Williams scored the winning goal in the 73rd minute helping the Cougars avoid an overtime showdown and hoist the championship.

Due to inclement weather in the Thursday forecast, the Division I Soccer State Championships have been moved to Saturday. The girls match is scheduled to kick at 4:30 p.m. with the boys concluding championship week at 7:30.