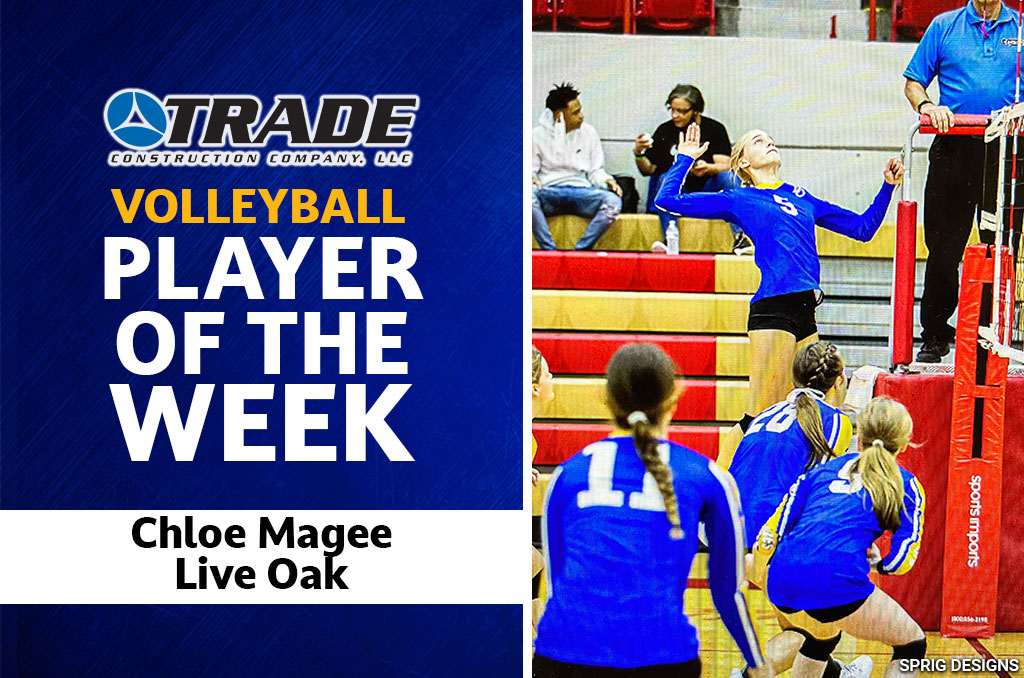 Magee enjoyed an incredible outing over the last week as she helped her team to a 5-2 mark including four wins in the Ruston Tournament. The outside hitter led the team with 83 kills and recorded 71 digs and 11 service aces. She averaged nearly 12 kills per contest while picking up five blocks along the way.

Tagged Featured
← Check out the Week 5 edition of the GeauxPreps Football Polls presented by ChevylandLatest VSN Volleyball Power 10 & Top 25 has been released! →