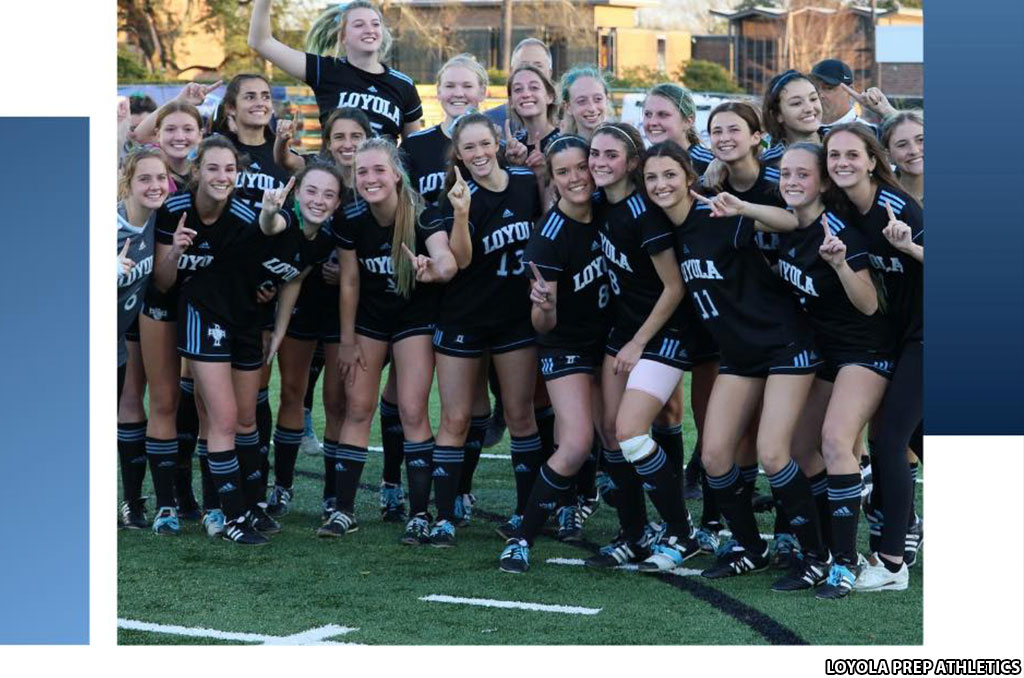 HAMMOND – It was a tale of two halves for Loyola Prep and University Lab Tuesday night as each squad doubled down in the final 40 minutes of the LHSAA Division III State Soccer Championship matches to bring gold to their respective communities.

Despite trailing by one goal leading into the break, Loyola prep used a barrage of second-half shots jumpstarted by Mary Helen Burford’s game-tying goal just two minutes into the game. From there, the Flyers took control and added three more scores to put away Archbishop Hannan, 4-1, to give the program its first state title win since 2019.

Burford was named the Most Outstanding Player for her game-changing performance. Kennedy Jarrett, Erin Campbell and Madalyn Van Devender each contributed to the score in the final period.

In a rematch of the 2020 Division III state title game, University Lab endured an offensive threat from Vandebilt Catholic and used a trio of goals to down the Terriers, 3-0, for the state title win.

The Cubs entered the break leading by one following Hill Mittendorf’s 38th-minute goal to break the ice in a highly-contested first 40 minutes of play.

Rider Holcomb was named the match’s Most Outstanding Player for his work in helping to extend the University lead to a 2-0 score in the final period following a penalty kick. His assist on Mittendorf’s second goal of the game in the 68th minute was enough to put the game away and earn him the MVP honors for his team.