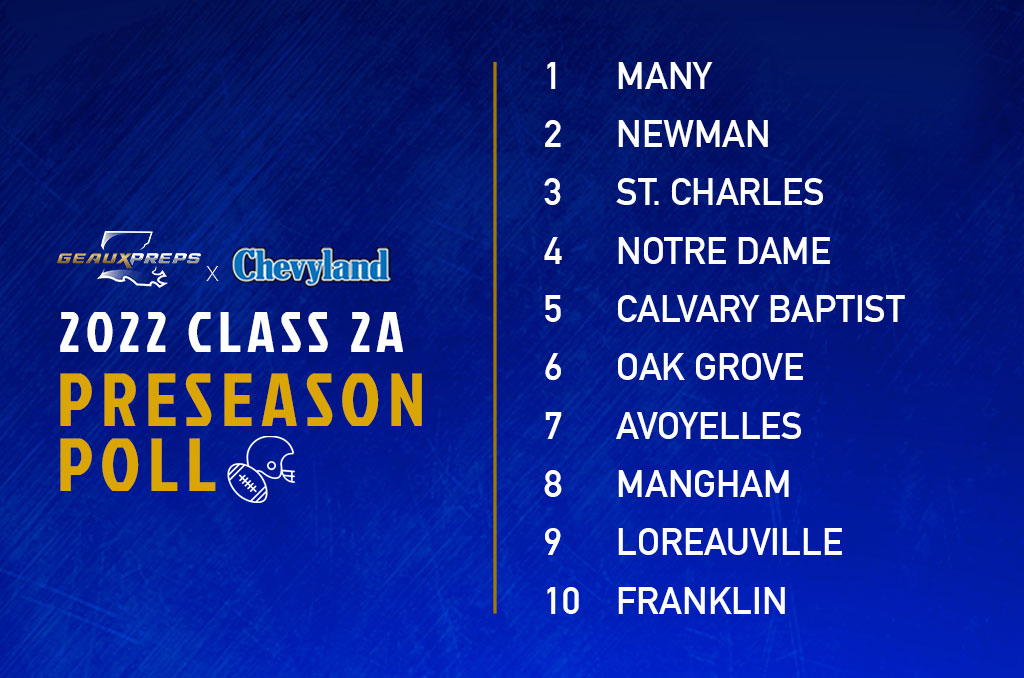 Many is set to ride out for a redemption tour in hopes of claiming their second state championship in three years and will do so as the No. 1 ranked team in this year’s GeauxPreps Class 2A football preseason rankings.

The Tigers return a slew of talent that led them to an appearance in last year’s title game with USC commit Tacket Curtis leading the fray on this year’s team. The No. 1 selection begins its season September 2 with a home game aginst Class 5A foe Sam Houston. With top quarterback recruit Arch Manning at the helm Newman comes in the second spot followed by last year’s Division III champion St. Charles at No. 3. Traditional powerhouse Notre Dame starts at No. 4 with Class 2A newcomer Calvary Baptist rounding out the Top 5.

Many and Newman are set to do battle in Week 4 when the Greenies make a rare trip to northwest Louisiana on Sept. 23.