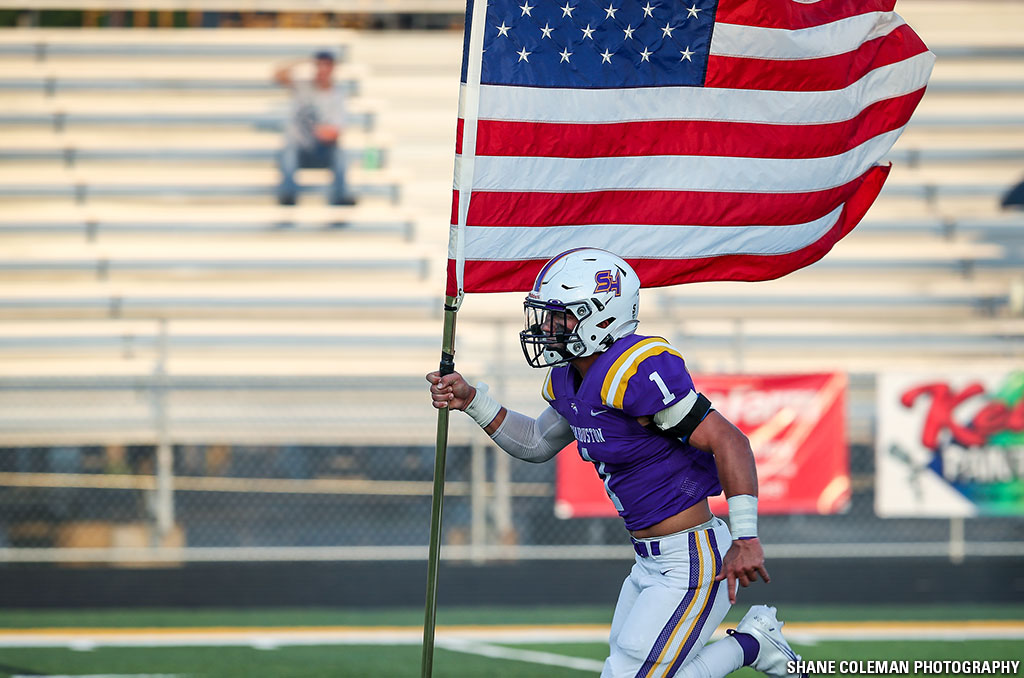 As each year passes, it’s a question posed to those who witnessed perhaps the darkest of days in the history of the United States unfold.

The terrorist attacks carried out on September 11, 2001 will be forever etched into the memories of Americans who witnessed a failed attempt to destroy our nation.

What was to be a normal day throughout all high schools in the state of Louisiana turned into a solemn period for teachers and their students, coaches and their players, parents and their children.

What those students and coaches discovered would not only affect that one day but their lives forever.

“I didn’t listen to the radio on my ride to school so when I walked into the building I saw people crying,” said Plain Dealing head coach Christopher Wilson, then a junior football player at C.E. Byrd.

Wilson’s initial discovery of the attacks left him in disbelief.

“Once I got to my class my teacher had the TV on and that’s when I tuned in and little did I know that everything we knew would all change that day,” said Wilson.

Southwood softball coach Wade Strother was on duty that morning when he overheard the school librarian explaining that a pair of airplanes had crashed into the north and south towers at the World Trade Center in New York City.

“I was just numb watching it and trying to explain what was occurring to my ninth-grade class,” said Strother. “We rolled a huge TV that was sitting on a cart into my room and watched as everything played out during the remainder of the school day.”

Over in the northeastern part of the state, a young Ryan Gregory, then a football player at Oak Grove High School remembers the day vividly.

“Wow, it’s crazy that 20 years have gone by,” said Gregory, who now serves as the Tigers’ head football coach. “It was my senior year and I remember exactly where I was. We heard what was going on and all watched it the rest of the day in the library.”

The attempt to deviate Americans from their daily lives was thwarted just days after the attacks when high school athletics in Louisiana were among the first to get back to work and send a message to those who committed those despicable acts that they were not going to win.

“We just felt like we needed to respond by doing what American loves to do on Friday nights in the fall as quickly as possible as not to give credit to the evil that perpetrated the attacked against our great country,” said Dennis Dunn, who was serving as head football coach at Evangel at the time of the attacks.

Volleyball contests were held in gymnasiums filled with red, white, and blue while patriotism oozed from the confines of high school football stadiums across the Bayou State.

“I remember the Yankees decided to play a baseball game just a few days after the attacks and it being a very prideful moment for our country and that things like this will not stop us or will not deter us,” said former O.P. Walker football coach Frank Wilson. “We will move on with a civil life and we’ll continue to progress as a country. Sports was the one thing that could bring us together.”

As proud patriots hoisted mini American flags throughout the school’s rendition of the Star-Spangled Banner, they were once again reminded how lucky they were to live in a country where they could do the things they loved once again.

A slew of high school football teams was proud to take the field that Friday night with the Stars and Stripes leading the way as they charged the gridiron.

Many booster club presidents and parents would whip out a smoke machine as their team approached in hopes of that one last attempt in intimidating the visiting sideline.

On that night, however, those teams glided through the smoke-filled atmosphere with the spirit of America boisterously displayed with pride at the forefront of the event.

It was poetic that in all of the chaos that ensued just days earlier, the Friday Night Lights gave proof through the night, that our flag was still there.