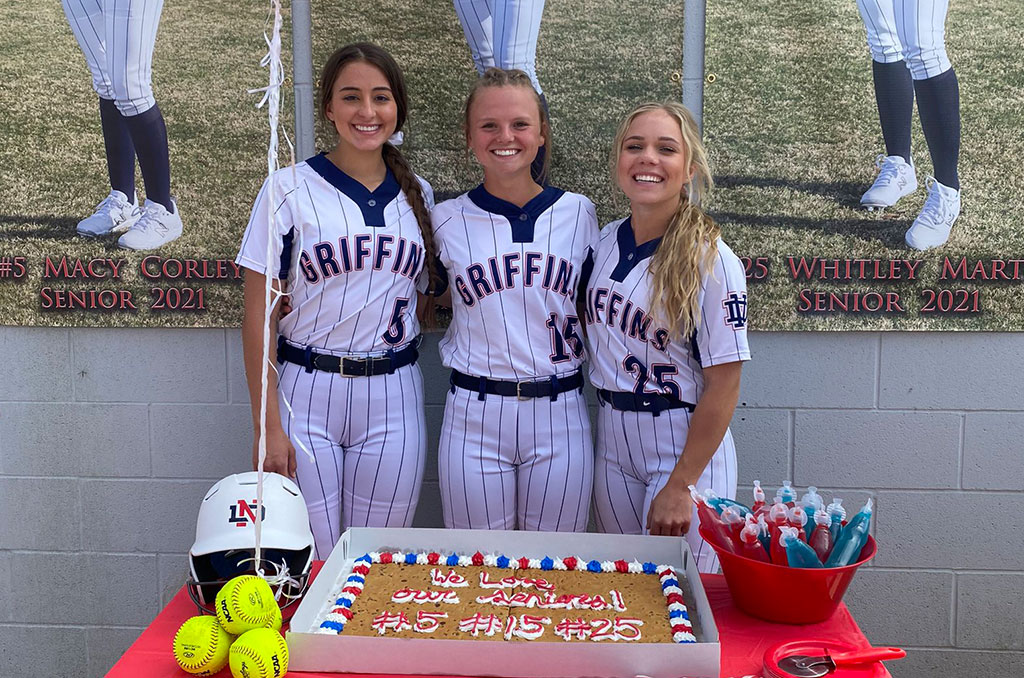 The Louisiana Sports Writers Association released the last of its basketball All-State teams and several athletes and a coach from Northwest Louisiana were honored.

Class 5A was released Sunday and this year’s girls Coach of the Year went to Captain Shreve’s Keith Greene after he led the Gators to the Class 5A state championship, its second in three years. The Lady Gators (21-5) also had a first team selection in 6-0 Senior Addison Martin who averaged just under 15 points per game. The Outstanding Player was Jada Anderson from 5A runner-up Benton. Anderson is a 5-3 Senior who averaged a little more than 18 points per game and along with Martin was a second-team selection last year. It is the fifth consecutive year Benton has had a girl named to a first team.

Darius Young of Natchitoches Central was named to the boys first team. Young, a 6-5 Senior averaged 21 points per game in helping the Chiefs to a 22-2 overall record and the state runners-up. Captain Shreve’s John Mitchell was named to the second team. Mitchell, a 6-3 Senior, averaged 18 points a game for the Gators who finished 21-8.

Woodlawn’s boys and Huntington’s girls, both state tournament representatives, had Class 4A first team selections. Delatrion Moton, a 6-4 Senior, averaged 19 points per game for the Knights who went 27-3 and were state semifinalists. Taylor Bell of state runner-up Huntington was named to the girls first team. Bell is a 5-11 Senior who averaged 18.2 points per game for the Lady Raiders who finished 26-3.

Bossier High didn’t have a typical season but went undefeated in District 1-3A and advanced to the state quarterfinals. The Bearkats (18-11) had a Class 3A first team selection in 6-0 Senior Joseph Manning who averaged 20.7 points per game.

Baseball: Week 2 of District 1-5A play

Benton has emerged from two weeks of District 1-5A play as the only undefeated team at 6-0, just one game ahead of second place Byrd (5-1). The Tigers (19-3) had to score five runs in the final two innings Saturday to erase a 7-3 deficit to Parkway for an 8-7 win. Dane Stearns was 4-for-5 and scored the game-winning run in the seventh inning. Clint Lasitier (2-for-4) tied the game one batter earlier with the games only home run. Brock Van Hoy came on to pitch the final five innings, allowing only 2 this and struck out 4 to get the win. He was also 3-for-4 at the plate and drove in three runs.

Parkway got doubles from Cameron Fink, Hayden Knotts, Trenton Lape, and Brady Norcross. Lape was 3-for-4 with three RBIs, Fink 2-for-4, two RBIs, and Brandon Levy was 2-for-4 and struckout nine in five innings on the mound.

Byrd (17-3) was in a similar situation Saturday in a game with arch-rival Captain Shreve. The Gators had shutout the Yellow Jackets through the first five innings and led 1-0 when the Byrd bats came to life in the top of the sixth. Jason Little’s second single of the game brought home Sawyer Lacoste to tie the game and Cole Joyner doubled to score Little to give Byrd the lead 2-1. J.M. Jennings’ single sored two more runs to culminate Byrd’s scoring and give the Jackets a 5-1 advantage. Joyner finished the day 3-for-3 with his double being the only extra-base hit of the day. Kirk Martinson picked up the win, pitching 5 2/3 innings, giving up 3 hits, 1 run and struck out seven.

Haughton (20-4, 4-2) went 5-0 on the week with a pair of wins over Red River (16-5 overall) and topped Airline (7-15, 3-3) twice. The Bucs defeated the Vikings 12-2 Saturday behind Chase Keith’s work on the mound going five inning, giving up three hits, 1 earned run, walked two and struck out 1. He also led the Bucs at the plate with three hits in four at bats and drove home two runs. Colin Rains and Roman Tolbert both had a pair of singles with Tolbert driving in three and Rains two.

Jacob Hernandez had the top pitching performance of the week for Haughton with a complete-game 2-hitter with two walks and 13 strikeouts in a 6-0 defeat of Airline.

North DeSoto (21-3) remained atop the Class 4A power ratings with three wins the past week. Blaise Geoghagan had the big bat in an 18-4 defeat of Many. Geoghagan was 4-for-6 with a double and five RBIs and Alex Roberts had a pair of doubles and drove in three runs.

The Griffins used a complete-game from Brett Remedes who struck out six and gave up seven hits in a 3-2 win over Quitman (14-7). Dalton Hill and Remedes both had two hits with Hill driving home two of North DeSoto’s runs.

Loyola (11-9) went 4-0 for the week with a three-game series sweep of Northwood and an early week defeat of Red River. The Flyers scored in each of the final five innings of a 13-9 defeat of Northwood in the second game of a Saturday doubleheader. Sam Szwak was 3-for-5, with two doubles and five RBIs and Konnor O’Neal was 2-for-3 with two RBIs.

Brendan Burns was 3-for-4 with a double, triple and an RBI for Northwood. Cayne Little had a 2-run homer in the third inning to give the Falcons a 3-2 lead after three innings.

Loyola held off a late-game rally by Northwood in the first game Saturday for a 10-8 win. Two of John Shahrdar’s four hits went for triples to lead the Flyers. Thomas Maciulski was 3-for-3 with 2 RBIs and William Soignier was 2-for-3 with a double.

Cayne Little had a single and double in three at bats for Northwood and Mason Welch hit a 3-run home run in the seventh inning to get the Falcons within two runs.

Calvary (14-6) was also perfect on the week with four wins in four games. The Cavaliers took a doubleheader from Evangel 4-3, 8-6 following a blowout defeat of Lincoln Prep 26-0 and a tight 3-1 defeat of Minden.

Aubrey Hermes and Logan Fontenot both had two hits for Calvary in the 8-6 win. Fontenot had a double and two RBIs while Hermes had a triple, Lane Mangum a 2-run double and Fisher Nance homered. Blaine Rogers got the win, going 6 2/3 innings, giving up six hits, five earned runs and struck out 12.

Nance started his day with two doubles in four at bats in the Cavs 4-3 defeat of Evangel. Jackson Legg was 2-for-4 with two RBIs that included a double.

Raelin Chaffin and Alex Knowles teamed up for Airline in the circle for the Lady Vikings win. Chaffin was 2-for-3, Allison Watson 2-for-3 and Kenzee Perry 2-for-3 with a triple for Airline. Jina Baffuto and Elena Heng were both 2-for-4 and Paris Endris homered for the Lady Vikes.

Calvary defeated Airline 17-2 in four innings Friday to improve to 18-5. Riley Walker was the winning pitcher and had a pair of hits, one a home run,  D.J. Lynch was 4-for-4, a double and two home runs, Ramsey Walker was 2-for-4, a triple and home run. Jamie Fielder was 3-for-3 with a double, Maddie Cory had a double and Mary Grace Woodle a grand slam.

Benton picked a 13-1 defeat of Northwood behind the bats of Christina Gegg’s 3-for-3, Kennedy LaPierre 3-for-4, Sophia Livers 2-for-4, double and Megan Risher had a double. Ava Defee struck out nine in five innings to get the win.

The Bossier Parish Championships were hosted by Parkway at Benton High School on Thursday.

The Benton boys took home the team trophy while the Parkway girls came out on top. Benton finished with 168 points with Haughton not far behind at 153 and Parkway tallied 137 points in boys competition. Parkway’s girls ran up 207 points with Benton finishing with 165 and Haughton 101.

MVP honors went to Benton’s Nick Randall on the track after winning both hurdles events. He recorded at 15.6 in the 110 meters and 42.47 in the 300. Dariusz Patterson from Parkway took the field honor for his first place finishes in the long jump (23 feet, ½ inch) and triple jump (43-11 ½).

Mikaylah Williams of Parkway won the discus with a toss of 113-1, and the high jump with a 4-8 leap.

The Southwood-Woodlawn Relays, held at Lee Hedges Stadium Thursday came down to a dramatic finish for the girls division team title as Byrd overtook Huntington 136-135. The Lady Jackets’ 1,600-relay team pulled off the win in the final event of the night while Huntington finished third.

The Lady Jackets had 1-2 finishes in the 1,600-meter run with Arden Brainis finishing first and Jenna Key second and the 3,200-run with Miranda Milner taking first and Spencer Frierson second. Evelyn Little was second to Kayla Ballard of Caddo Magnet in the 800-meters and Ella Grieder was second in the 300-meter hurdles to Huntington’s Catina Davenport.

Captain Shreve’s Stephanie Fuller won both the long jump (16-1 ½) and the triple jump (35-2) and finished second in the high jump (4-6) to win the MVP for field events. Jonesboro-Hodge’s Xabrianna Jackson won the high jump clearing the bar at 4-8.

Huntington sophomore Oshamar Hall won the high jump in raising his personal best to 6-8 on the year. The Raiders also got wins in the pole vault from Shamar Williams and the discus in Edward Clark.

Byrd got a 1-2 finish in the javelin with Jonathan Plaza winning with a 150-5 effort and Venzell Thompson second place 134-6.

Cameron Foster of Northwood took the shot put with a 49-8 toss.