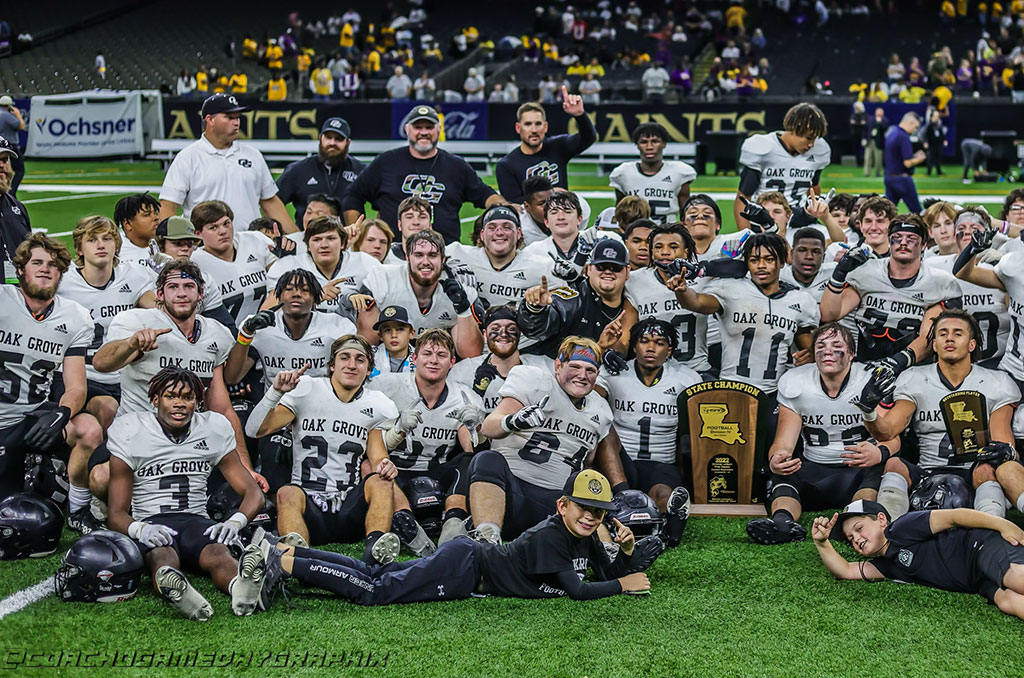 The Tigers took home their seventh championship in program history and first since 2020 while providing a shutout in the Prep Classic event since Madison Prep blanked Union Parish two years ago.

Oak Grove finished the season with an 11-3 record and an eight game win streak.

In the first half, Oak Grove controlled a majority of the possession on the field and took advantage of several fourth-down conversions to help take control of the lead. The Pelicans served up several huge plays defensivly but struggled to put together a sustaining drive on the opposite side of the ball.

In the second half, missed opportunities seemed to be the theme as Oak Grove surrendered a chance to put the game away early while Homer’s attempt at a comeback late in the third was thwarted by an ElyJay Curry fumble inside the redzone.

The loss dropped Homer to 10-4 overall on the season as it finished as a state finalist for a second consecutive season.

Kam Franklin was voted Most Valuable Player for Oak Grove after accounting for an interception and fumnble recovery to help lead the Tigers to their third title in four years while Homer’s Walteze Champ earned the individual award for his play on defense.

• 7:25 – OAK GROVE | Derron Donell uses a 25-yard touchdown catch for the first score of the game and give the Tigers an early lead.

• :56 – OAK GROVE | Jackson Bradley sealed the game and the Tigers’ state championship with a seven-yard run to make it a 17-0 ballgame.