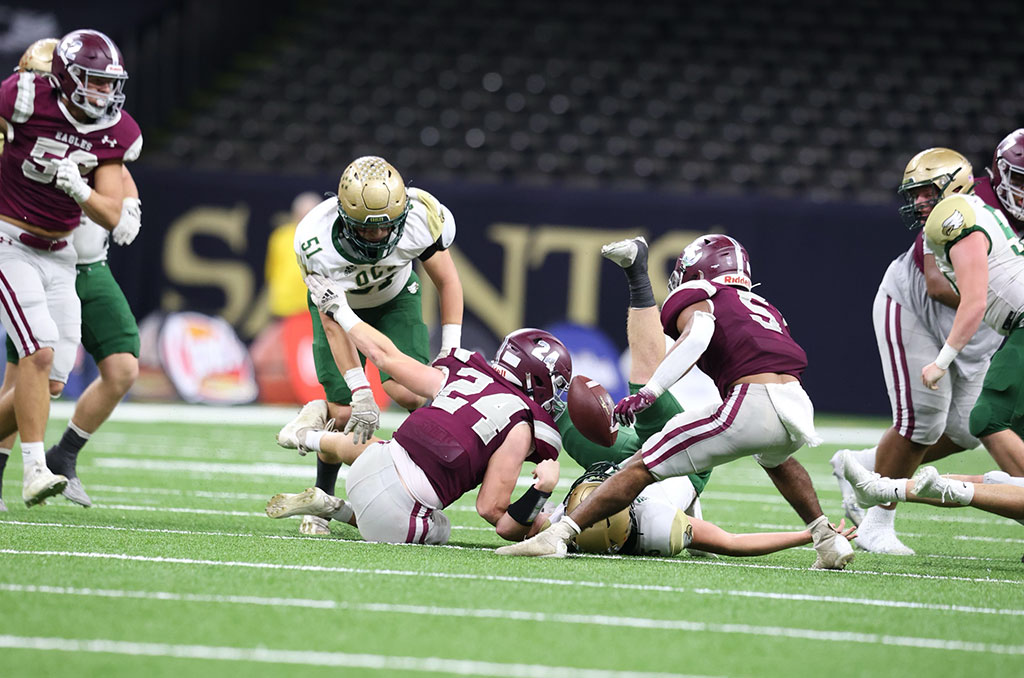 The win helped to snap Vermilion Catholic’s winning streak at 13 as well as ruin an undefeated season for the Eagles. Ouachita Christian finished the season with a 13-1 mark.

OCS quarterback Landon Graves was responsible for both of the Eagles’ touchdowns in the first half, including a 23-yard toss to Drew Dougan to help regain the lead heading into intermission.

Vermilion Catholic struggled offensively during the first two periods but was able to capitalize on a second quarter rushing score from quarterback Jonathan Dartez. The Eagles were 3-of-8 on third down conversions.

In the second half, OCS scored twice more to make it a 28-7 ballgame heading into the final quarter. It was only the second time this season that Vermilion Catholic surrendered double-digit points.

The loss dropped Vermilion Catholic to 13-1 overall on the year.

• 2:44 – VERMILION CATHOLIC | Quarterback Jonathan Dartez knotted the score up with a 2-yard run after a convincing drive.

• :10 – OUACHITA CHRISTIAN | Landon Graves helped the Eagles regain the lead on a 23-yard touchdown pass to Drew Dougan towards the end of the first half.

• 4:35 – OUACHITA CHRISTIAN | Landon Graves accounts for his third touchdown on the evening with a 5 yard pass to Drew Dougan to make it a 28-7 ballgame.

• 3:02 – VERMILION CATHOLIC | Allen McLain scoops up an OCS fumbles and races 34 yards for paydirt to cut the lead in half.