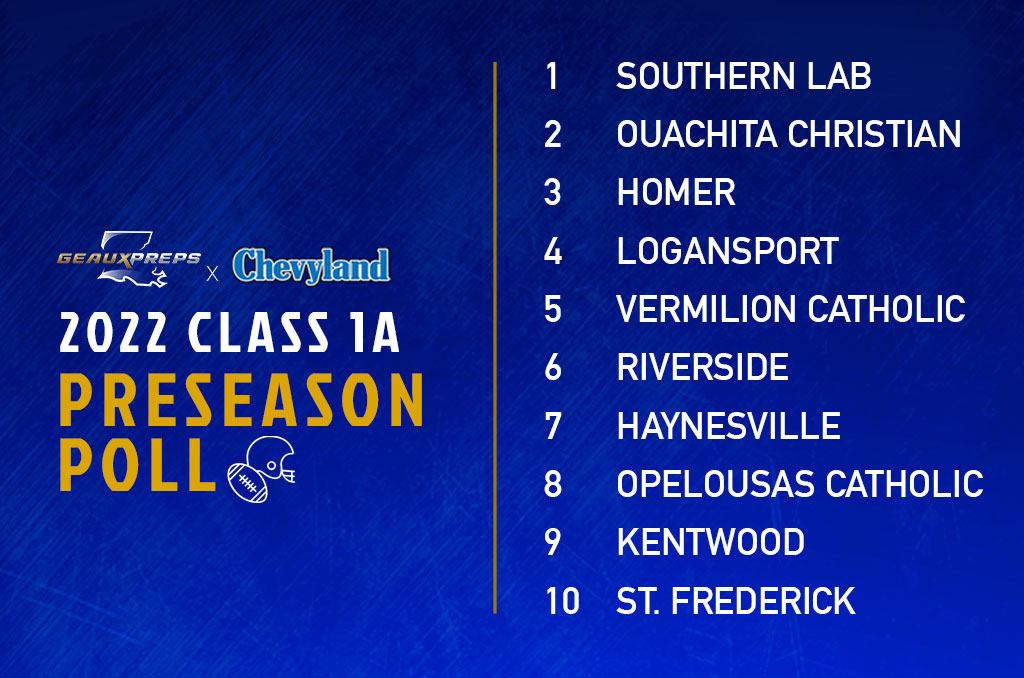 Southern Lab will begin the 2022 football season in familiar territory, at No. 1 in the GeauxPreps Class 1A preseason football poll, presented by Chevyland Shreveport.

The Kittens won their fifth state championship in December and landed five players on the LSWA all-state team. Southern Lab begins defense of its title on September 1 vs. Liberty Magnet. A runner-up to Southern Lab last season, Ouachita Christian comes in the second spot followed by last year’s Class 1A champion Homer at No. 3. The Class 1A runner-up from a year ago, Logansport, starts at No. 4 with Vermilion Catholic rounding out the Top 5.

In all, eight of the Top 10 teams have won at least one state championship since 2010.