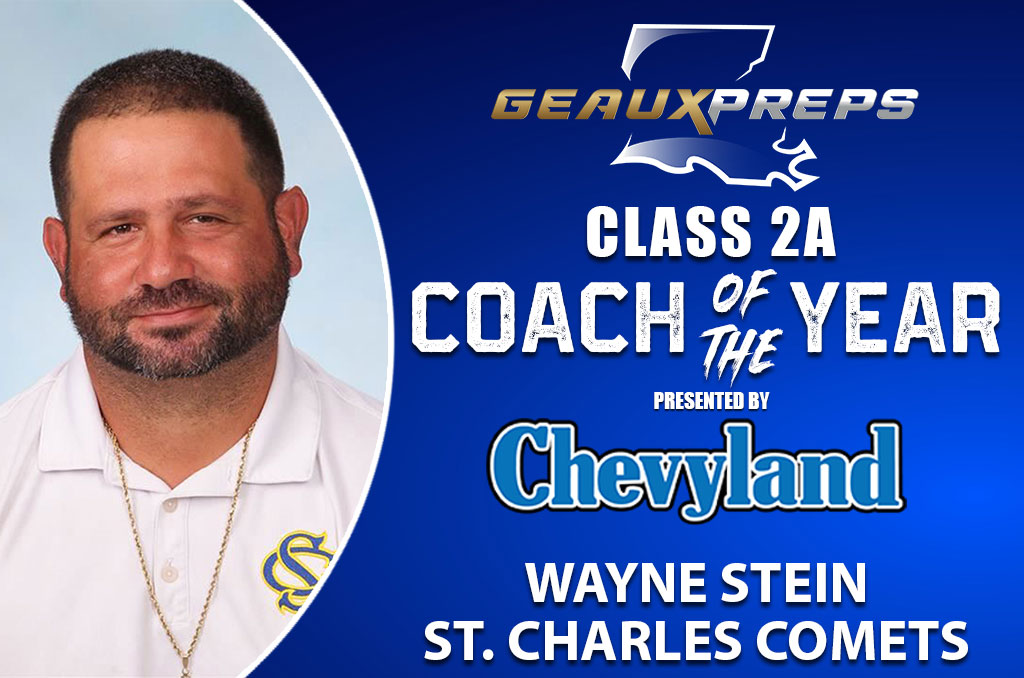 LAKE CHARLES – After leading his program out of devastation and into a fortune of gold, St. Charles head football coach Wayne Stein has been named the GeauxPreps.com Coach of the Year Presented By Chevyland for Class 2A.

Stein had some gigantic shoes to fill in his first season as the head coach at St. Charles Catholic.

The longtime defensive coordinator took over the Comet program following the retirement of legendary coach Frank Monica, who led the program to six state championship games.

Although there were great expectations, Stein delivered in a huge way. The first-year skipper guided his squad through a hurricane that took away the first two weeks of the regular season and into destiny.

The Comets were easily the class of the field throughout the regular season, posting shutouts in five of their eight contests, to go undefeated and earn the No. 3 seed in the Division III playoffs.

However, the postseason would be no cakewalk. Following a dominating win over Dunham, the Comets hit the road for a duel with longtime rival and No. 2 seed Notre Dame. A 17-13 win over the Pioneers punched St. Charles’ ticket to the finals for a third straight year, the first under Stein.

The prize for winning a trip to the Division III title game was yet another showdown with heavily favored Lafayette Christian. In one of the biggest feats in school history, Stein and his Comets prevented the Knights from a coveted fifth consecutive title as they took down the giant, 32-27, to bring St. Charles its first championship since 2011 and perfect 11-0 mark to close an eventful but memorable campaign.