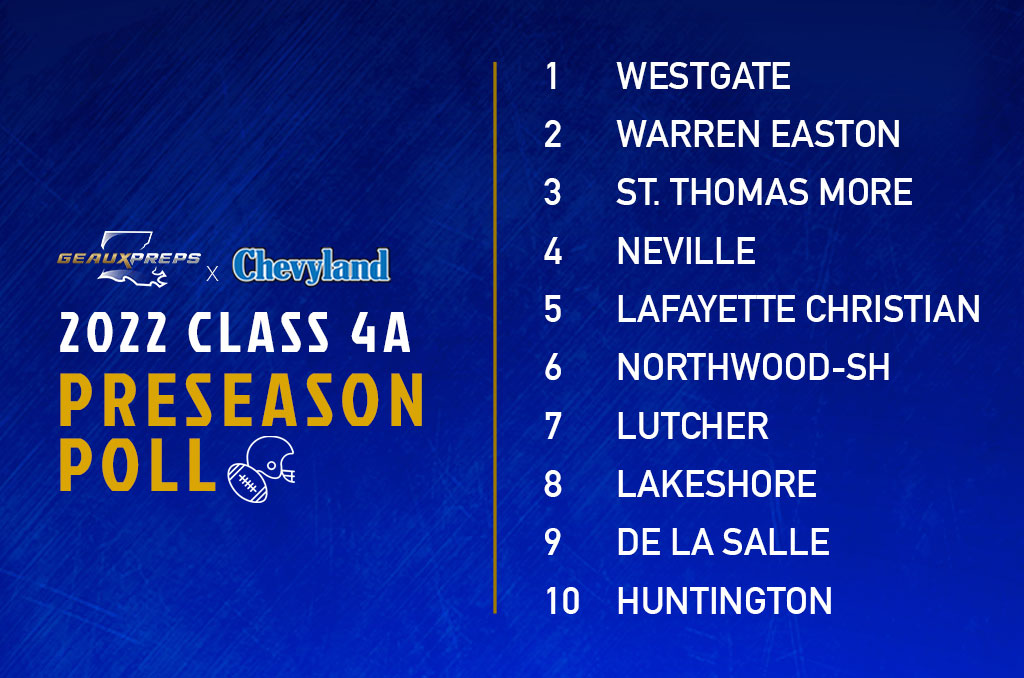 Westgate will have the opportunity to defend its reign as state football champion and will do so as the No. 1 selection in this year’s GeauxPreps.com Class 4A Preseason Rankings presented by Chevyland.

The Tigers finished its remarkable season with a 13-2 mark and an unprecedented run in the postseason which culminated with a last-minute goalline stand to take home the school’s first championship. Head coach Ryan Antoine hopes to keep the momentum rolling in 2022 with a loaded Class 4A field on the chase.

The No. 1 selection begins its season September 2 on the road against New Iberia followed by other non-district showdowns with Lake Charles College Prep, Evangel and St. Martinville. Last year’s runner-up in the Class 4A title game Warren Easton in at the No. 2 spot followed by St. Thomas More at No. 3 and Neville at No. 4. One of the newcomers to Class 4A in Lafayette Christian rounds out the top 5.