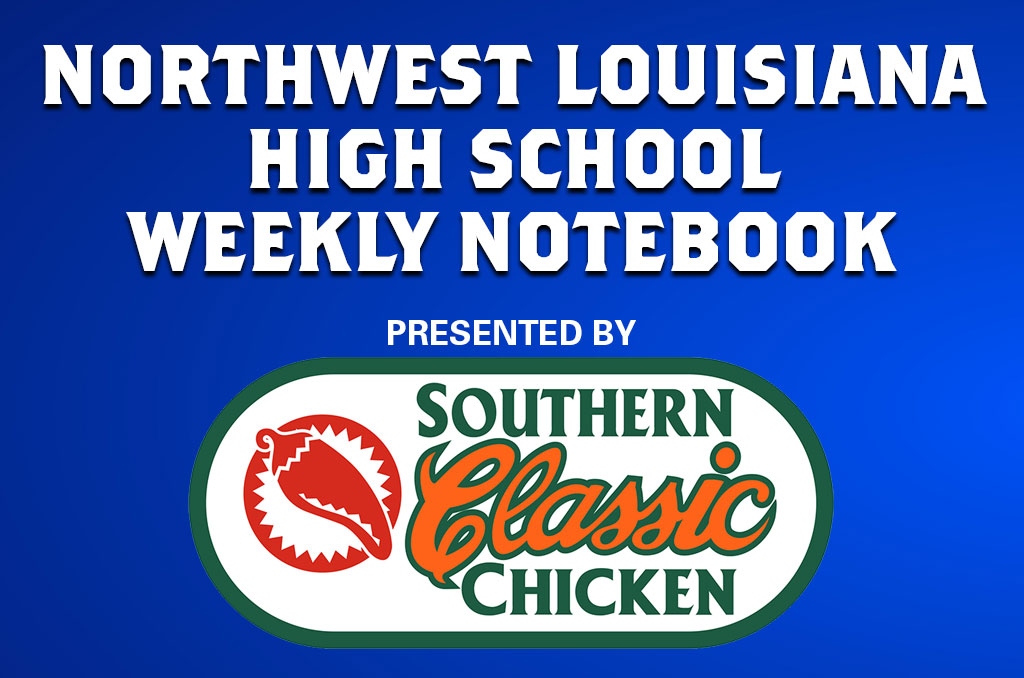 Calvary and Cedar Creek battled each other for titles in both boys and girls competition. The Calvary girls edged out Cedar Creek 55-54 with the Cougars getting the boys title with 58-53 advantage over the second place Cavaliers.

Below is a list of top 5 finishers from area schools:

Parkway pitcher Trenton Lape tossed a no-hitter to lead Parkway to a 3-0 win at Loyola’s Frank Cicero Field. Lape needed just 71 pitches in striking out 11 to pitch the Panthers to the win. Barrett Newman’s 2-run double in the sixth inning gave Parkway a couple of insurance runs.  A pair of Loyola errors led to the Panthers’ other run in the first inning.

Parkway (11-3) followed that with three more wins on the week to run its win streak to seven games. The Panthers scored 10-or more runs in all three, defeating Evangel 20-7, Arkansas High 10-2 and Ashdown, Arkansas 10-1.

Cameron Fink led the way in the 10-2 defeat of Arkansas High with a double and sacrifice fly that drove in 4 runs. Hayden Knotts and Levy both scored three times.

Trenton Defatta went 4-for-4 and drove in three runs in the the Panthers’ 10-1 in vs. Ashdown. Knotts had two doubles in three at bats and had two RBIs. Cade Josting pitched a complete game allowing six hits, striking out 7 and allowing no earned run in the seven innings.

Benton (13-3) also enjoyed a big week posting three wins and a loss. The Tigers began the week by using a 3-run seventh inning to defeat Calvary Baptist 5-3. Dane Stearns had three hits for the Tigers, while Clint Lasiter and Rylan Lawrence added two.  Grayson Gates picked up the win, pitching all seven innings allowing one earned run and striking out six along with adding a run-scoring double in the 3-run seventh.

Benton also defeated Arkansas High 12-8 and Ashdown 13-2 before falling to Evangel 6-4 in the Evangel Tournament.

Byrd ran its record to 12-2 winning three of four on the week. Like Benton, the Yellow Jackets started the week off with a big win, defeating West Monroe 14-3. Slade Netterville started it off with two hits, one a triple and four RBIs. Leadoff hitter Mason Langdon had a pair of doubles in two at bats, driving in three and scoring three times. Sawyer Lacoste pitched all five innings to get the win on the mound for the Jackets.

The Yellow Jackets then swept a doubleheader from Loyola after dropping their only game of the week to the Flyers. Evan Adcock (6 innings, 1 hit, 9 strikeouts) and JM Jennings combined to limit Loyola to just one hit in a 5-0 whitewash of the first game of the double dip. Jason Little had a double and scored a run to highlight the Byrd offense. Loyola pitchers Nick Pavlick (5 2/3 innings, 3 hits, 5 runs, 2 earned runs, 4 strikeouts, 1 walk), Jack Whatley and Reagan Coyle combined to allow only four hits.

Byrd used a 5-run third inning en route to a 12-2 six inning run-rule win in the week’s finale. Netterville led the way going 2-for-3 with a double and home run and 4 RBIs. Langdon had a double and scored twice and Jack Walker added a double.

Loyola gained a 5-1 win in the first game of the series with all of its runs coming in the final two innings and all unearned.  John Shahrdar went the distance for the Flyers allowing only three hits and striking out six. Reagan Coyle, Nathan Lirette and William Soignier all had doubles, with Coyle and Lirette picking up two hits each to lead Loyola.

Haughton (14-2) finished its week with three wins in the Evangel Tournament after dropping its second loss of the season to Neville 7-4.

The Bucs defeated Evangel 11-6, Ashdown 14-0 and Arkansas High 13-3 as Peyton Stovall continued his assault on opposing pitchers. Stovall finished his week 7-of-8 with three doubles and his ninth home run on the season and drove in seven runs. Leadoff hitter Carter Griffin finished off a 7-for-12 week, going 3-for-3 with a home run and two RBIs in the win over Arkansas High. Chase Keith got the win on the mound allowing Evangel just three hits in five innings, striking out five and was 3-for-5 with a triple. Keith was also 2-for-3 with a pair of RBI in the Ashdown win.

Airline (9-3) is ranked No. 7 in Class 5A in the most recent GeauxPreps.com Softball Power Ratings. The Lady Vikes fell to Class 3A No. 5 Sterlington 20-16 despite Raelin Chaffin’s two home runs and Parish Endris’ three hits. Collecting a pair of hits were Paige Marshall, Jina Baffuto and Kenzee Perry for Airline.

North DeSoto (19-3) is the No. 2 ranked team in the Class 4A Power Rankings and racked up a pair of district wins on the week topping both Northwood and Huntington to move to 6-0 in 1-4A. It traveled to Pineville for a pair of games on Saturday defeating Grant 9-5 before falling to Class 5A No. 2 Barbe 2-0.

Red River improved its record to 12-3 with four lopsided wins over the weekend in it own tournament. Kaitlyn Antilley, Shakiya Davis, Gracie Baker, Gracie Price, Destiny Davis and Elizabeth Hughes all having big numbers.

Many 16-4 overall and ranked No. 3 in Class 2A breezed through the Stanley Tournament with three wins.  Jada Carhee, Shiley Cartinez and Camryn Ford all homered in a 14-1 defeat of Forest. Carhee and Makynli Miller both had three RBIs in the game. Tia Holmes smashed three home runs and drove in eight in an 18-0 win over Lakeside.

Kaitlyn Antilley of Red River and Benton’s Ryan Ward were among this year’s LHSCA scholarship winners.